“Was the statement given at a rally constitutional and right,” Justice Minallah asked as the court took up PTI’s petition on Monday. 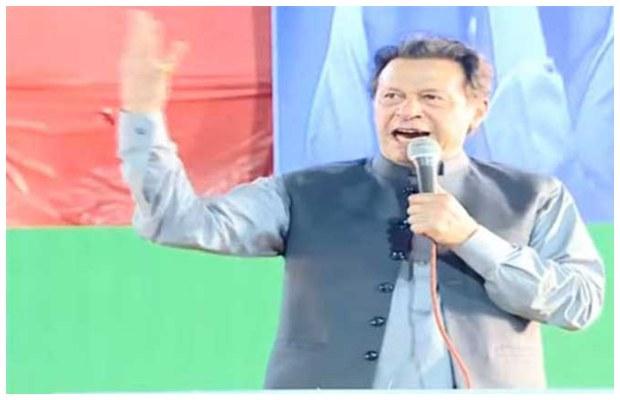 Imran Khan’s statement on the COAS appointment at the Faisalabad is being condemned on the National lever.

Imran Khan put another nail in his political coffin by dividing the generals into patriots and non-patriots in the Faisalabad rally.@Atifrauf79#ریاست_کا_دشمن_عمران_فتنہ pic.twitter.com/1ZFF0Z7egC

“Was the statement given at a rally constitutional and right,” Justice Minallah asked as the court took up PTI’s petition on Monday.

The PEMRA counsel told the court that the purpose of issuing the show-cause notice was only to delay the speech.

IHC CJ Athar Minullah asked Imran Khan’s counsel. “Did you hear Imran Khan’s statement yesterday? Is political leadership like this? What has been said can be justified?”

The chief justice remarked that if someone does illegal work and then everyone criticizes them.

“Take responsibility for what you want to do. Keep saying what you want and the regulator should not even regulate. Do not expect relief from.”

At one point during the hearing, referring to Imran’s statements at the Faisalabad rally, the IHC CJ asked: “How can you say in public whether an army chief is a patriot or not?”

“The armed forces personnel were getting martyred “and you [Imran] are bringing their morale down”, IHC CJ said.

He also asked the PTI counsel as to why [his party] was harming constitutional institutions.

“You will only invite difficulties as a result of your statements,” IHC CJ said.

IHC disposed of Imran Khan’s plea against the PEMRA order and ordered the PEMRA to regulate speeches and statements under the Supreme Court’s decision.

PM Shehbaz, in a statement on Twitter, lashed out at Imran Khan for maligning state institutions and said that the PTI chairman’s “despicable utterances” were hitting new levels every day.

“He is now indulging in direct mud-slinging and poisonous allegations against [the] armed forces and its leadership,” the prime minister added.

Imran Niazi’s despicable utterances to malign institutions are touching new levels every day. He is now indulging in direct mud-slinging & poisonous allegations against Armed Forces & its leadership. His nefarious agenda is clearly to disrupt & undermine Pakistan.

On the other hand,  the ruling coalition, in a joint statement, condemned Khan’s public meeting for spreading hatred against the Pakistan Army and its leadership and making “sensitive professional matters” controversial.

Senator Raza Rabbani has said that lack of knowledge of constitution of Imran Khan is evident when he subscribes a role to army chief with reference to accountability of civilians. He says that no rules, law or the Constitution permits such a function of the COAS. pic.twitter.com/EsQd23jV6K

“Non-Patriotic Generals & Army Chief”
Imran Khan must clarify that what he meant of that statement;everyone is patriotic including this Government;no one can doubt on the patriotism of Pakistani Armed forces including Army Chief- President Alvi distanced himself from IK’s madness pic.twitter.com/vYkAukfc8C

Imran Khan put another nail in his political coffin by dividing the generals into patriots and non-patriots in the Faisalabad rally.@Atifrauf79#ریاست_کا_دشمن_عمران_فتنہ pic.twitter.com/1ZFF0Z7egC