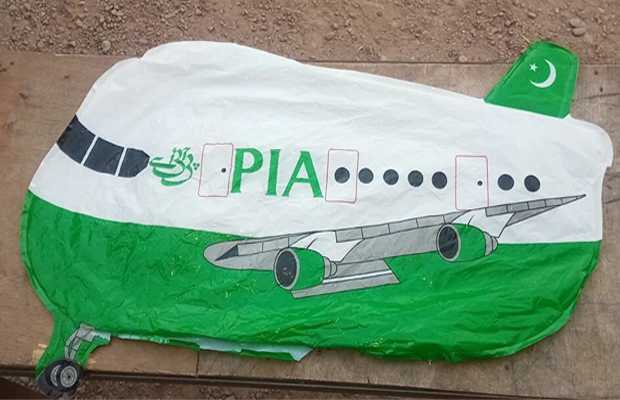 Indian police on Wednesday have taken a Pakistani astray balloon in custody, regards it as a security threat.

An astray balloon might have drifted into the Indian side but the Indian security forces see a now inflated aircraft-shaped balloon.

“An aircraft-shaped balloon with ‘PIA’ written on it landed in Sotra Chak village of Hiranagar sector yesterday evening. The balloon was taken into custody by police: Jammu and Kashmir Police,” ANI tweeted.

An aircraft-shaped balloon with 'PIA' written on it landed in Sotra Chak village of Hiranagar sector yesterday evening. The balloon was taken into custody by police: Jammu and Kashmir Police pic.twitter.com/GVGWmhesYl

That’s not the first case of its kind. Indian security personnel a number of times have taken several pigeons and balloons into custody alleging them for having links with the Pakistani agency, ISI.

However, the latest incident that has left the social media in  fits.

There were a number of epic replies to the news agency’s tweet.

There are reports that the balloon also had 6 pigeons on board and they have been arrested for further questioning. One of these pigeons was heard saying "I'm not supposed to tell you that" when asked whether it was a 'he' or a 'she'.

🤣🤣🤣 india has finally taken the revenge of abhinandhan & his mig21😝

Jokes apart, did our radars picked it up and if it did why it was not shot down and allowed to land instead

Last a year a pigeon was detained by Indain police on the India-Pakistan border after being accused of being a spy.

The alleged operative was found on the Indian side having been painted pink and was carrying around on its foot a ring with numbers on.

In 2015 another pigeon was intercepted, this time in Manwal village two and a half miles from the border.

One officer at that time told media that “This is a sensitive area as it is just along International Border.

“Infiltration is also quite common along this route.”