The video clip of the Indian soap, Krishnakoli has been circulating on the social media 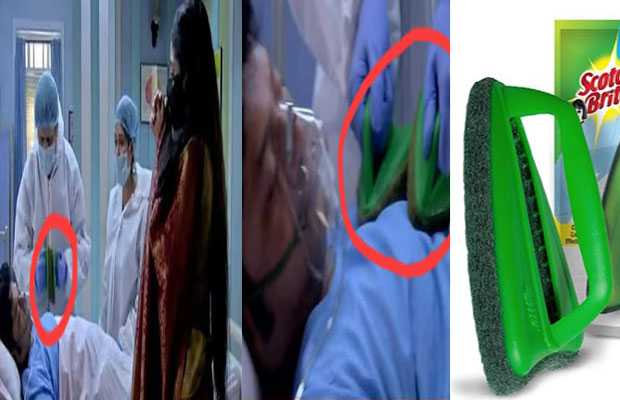 An Indian TV soap’s scene, viral on internet has left the Internet by surprise where a doctor is seen using bathroom scrubbers as defibrillator in his struggle to save a patient’s life.

The video clip of the Indian soap, Krishnakoli has been circulating on the social media, where a doctor can be seen stressed while struggling to save the life of a patient, while the patient’s wife is praying in one corner.

Meanwhile, what caught social media users’ attention was not the patient or the doctor but they left surprise to see the green scrubber that the doctor was using to save his patient life on the soap.

It was also seen in the short clip that the doctor is seen rubbing the scrubbers together and putting them on patient’s chest, who in his reaction jumps up in ‘shock’.

The screenshots of the scene are circulating on social media and people can’t stop laughing on the inanity.