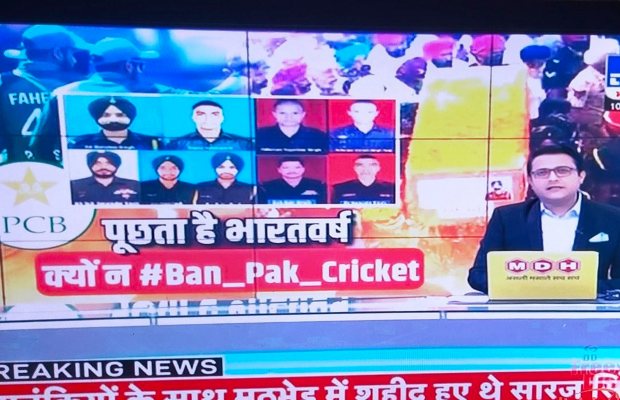 Cricket is no more a gentleman’s game, the quote fit right for the Indians as they spread hate against Pakistan with the start of the ICC T20 World Cup.

Netizens from India are spreading hostility and aggression using the hashtag #ban_pak_cricket.

But now we wonder what could have been the outcome if the games were to be played on Indian soil as the hatred its citizens are showcasing on social media.

Though India was to host the tournament however amid the COVID-19 pandemic situation in the country, the Board of Control for Cricket in India (BCCI) is hosting the ICC event in UAE and Oman.

It’s a known fact that with the enormous amount of money involved in cricket, the game has become a crassly commercial money-spinner.

With the mainstream media involved, it has got a dark side as well, with instances of online trolls and abuse involved as Indians mix politics and religion with sports.

Check out the following tweets from Indians:

This is the time to show the power of Hindu. Let's united for our country.
First country then anything. Totally ban pak cricket.#ban_pak_cricket pic.twitter.com/WRBQSD0R2V

While the Tweets being shared along with the hashtag #ban_pak_cricket is quite commendable and does not qualify to to be included in this story, as Indian target Pakistani cricketers.

Ahead of every significant India-Pakistan clash, Indian sports channel ‘Star Sports’ has come up with a tradition to produce a TVC targeting the rivalry between the two nations.

Yet again the Muka Muka return to the channel, this time targeting T20WC significant India-Pakistan clash.

Are you ready to #LiveTheGame in #INDvPAK?

Wah @shubhankrmishra @TheSamirAbbas!
While you both at @TV9Bharatvarsh were discussing about Pakistan Cricket Ban with your panelists and running a hashtag #ban_pak_cricket for TRP, Your channel was busy minting money by promoting #IndiaPakistanMatch https://t.co/ZZwBLCqYij pic.twitter.com/x6LFMh4VRf

Dear Indians while spinning venom on social media you have forgotten that you are the host country of this international event.

We can only hope that someone sane from ICC or the Indian cricket board takes notice of this hate-mongering trend.