Islamabad Mayor Sheikh Ansar Aziz has been suspended for 90 days as he faces inquiry over allegations of corruption in an intercity bus terminal project.

The Cabinet approved a summary of the Islamabad mayor’s suspension through circulation in order to conduct a free and transparent inquiry against him and an official notification was issued on Sunday by the interior ministry.

Mr. Aziz has been suspended “with immediate effect for a period of ninety (90) days for fair conduct of inquiry under section 96, sub-section (1) of Islamabad Capital Territory Local Government Act, 2015 (X of 2015)”, says the notification. 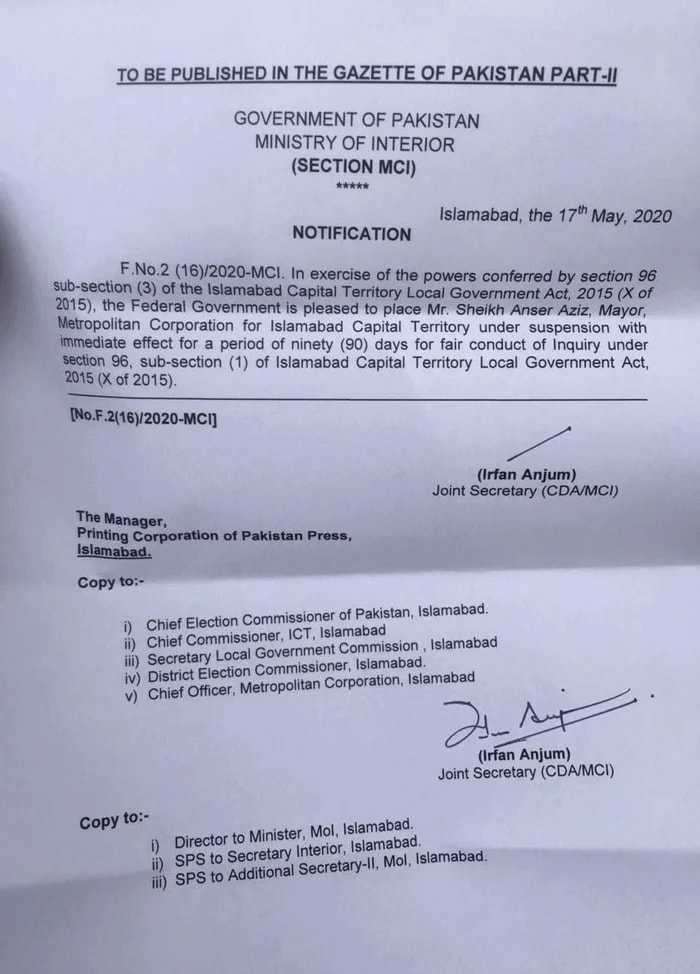 Earlier this year, a reference had been filed against Aziz,  a member of the PML-N, by Humayun Akhtar, a member of the Capital Development Authority (CDA) and the acting Chief Metropolitan Officer (CMO).

In the reference, Sheikh Ansar Aziz was alleged of abusing his powers, using staff for personal use, and operating official vehicles that were reportedly beyond his entitlement.