Gilgit Baltistan government had issued four licenses for hunting markhor, a trophy animal popular among foreigners, in the month of November. 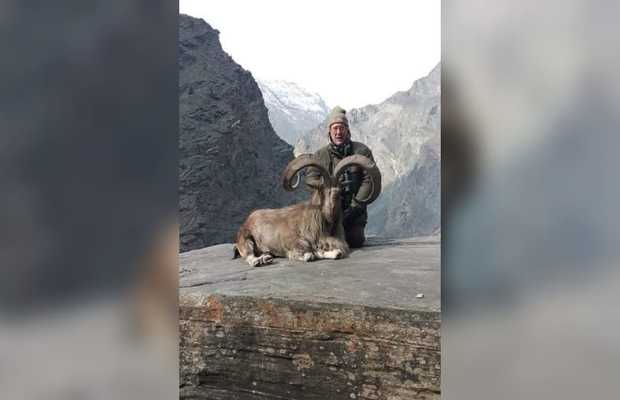 The trophy hunting season has kicked off in the region of Gilgit Baltistan. International trophy hunters are headed to the region after the government officially actioned permits for rare animal hunting.

Under the current trophy hunting program, an Italian citizen has hunted the national animal of Pakistan, Markhor in Skardu.

As being reported the hunter paid 83500 US dollars for the hunting of the wildlife species.

As being reported, the Gilgit Baltistan government had issued four licenses for hunting  markhor, a trophy animal popular among foreigners, in the month of November.

The licensing serves to protect the species and generates funds for rural development.

Earlier this year in January, US citizen named Dianda Christopher Anthony hunted the highest-rated Astore Markhor after paying 105,000 US dollars.

Markhor hunting usually takes place at dawn or dusk. The hunting of females and young animals are absolutely banned.

According to the wildlife expert, usually, the age of the markhor is determined by the size of its horns, the older the markhor is, the bigger its horns will be.

The span if Markhor is about 15 years on average and as being reported the wildlife department does not permit the hunting of animals below the age of six.

The hunters in the region of Gilgit Baltistan are accompanied by wildlife department officials to ensure everything goes in accordance with the rules.

Trophy hunting season runs from November to April. As markhors prefer cold, they can usually be found at the height of 8,000-11,000 feet, however, during winters they would descend to 5,000-6,000 feet.

The government of Gilgit Baltistan has already auctioned 124 licenses to hunt rare animals in the region.