Kamran alias Zeeshan Shani was arrested during a joint police operation, six years after he was sentenced for the murder by a local court, says Karachi police chief 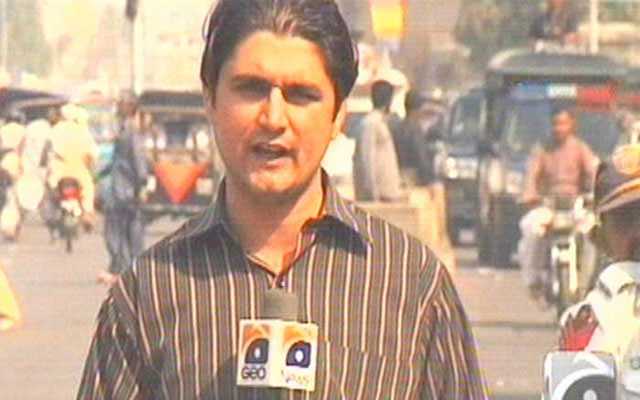 The killer of the crime reporter of Geo News Wali Khan Babar has been arrested on Monday, chief of Karachi Police Ghulam Nabi Memon has confirmed.

Kamran alias Zeeshan Shani was arrested during a joint police operation, six years after he was sentenced for the murder by a local court, Memon said.

The police chief said that Shani had gunned downed Babar in Liaquatabad area of Karachi on January 13, 2011.

At the time when Babar was killed, he was returning home from the office, the police chief said adding that four suspects involved in Babar’s killing received life sentence while another suspect Faisal Mota was also held by the police till 2015.

Ghulam Nabi said that Kamran was still absconded and during the years, he kept changing his hideouts and lived in several areas of Karachi for 5 years. Currently he was living in Gulshan-e-Maymar area with his family.

“Finally this morning, on the intelligence-based tipoff by a federal agency, our special investigation unit apprehended him with weapons,” said the police chief.

Ghalam Nabi further informed that  the culprit has confessed and  they will seek more information from him.

The chief of the police official said that Shani along with his partner Faisal Mota were involved in the murder so they received death sentences.

While informing about the background of the Wali Khan Babar case, the police chief stated that there were eight suspects were involved and among them was one identified as Liaquat Ali was killed during a police encounter.

Later several witnesses were killed, including Rajab Bengali, who was murdered in 2011. Another Haider Ali, on his testimony the sentence was given, was killed in 2012.

The Sindh minister lauded that the police chief has solved another, Wali Khan Babar case so tactfully.

Nasir Hussain Shah said that Pakistan People’s Party believes in freedom of speech saying that the provincial government is taking action against the injustice that took place with journalists.

It is pertinent to mention that in March 2014, an anti-terrorism court  (ATC) in Kandhkot had pronounced death sentences for Kamran and Faisal Mehmood, alias Faisal Mota in absentia and declared them as absconders in the murder case.

Later, in 2015, Faisal Mota was held during a police raid at the then MQM headquarters, Nine-Zero.

During the years 2011-2012, four witnesses of the Wali Khan Babar case were murdered, while the special public prosecutor of the case Naimat Ali Randhawa was also killed in September 2013.

Babar was one of the prominent journalist who was shot shortly after his investigative story on gang violence aired on Geo TV.