NADRA has canceled the CNIC of Hafiz Hamdullah declaring him a confirmed alien. 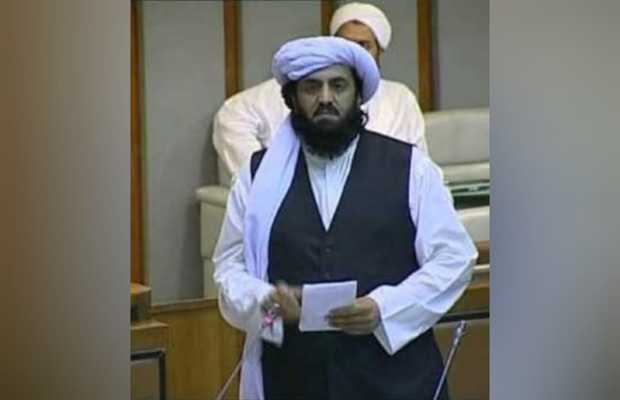 Jamiat Ulema-e-Islam – Fazl (JUI-F) senator Maulana Hafiz Hamdullah has been stripped of form his Pakistani citizenship as the National Database and Registration Authority (NADRA) on Saturday has declared him a confirmed alien.

The electronic media watchdog in the notification has regulated the broadcasters not to invite the JUI-F leader to talk-shows as he is not a Pakistani citizen from now on.

According to Pemra’s notification, NADRA has canceled the CNIC of Hafiz Hamdullah, meaning that the former senator is no longer a citizen of Pakistan.

“Since it is established that the said person is an ‘alien’, therefore, all the TV channels (News and Current Affairs) are directed to refrain from inviting and projecting Mr. Hafiz Hamdullah Saboor in their programs/talk shows, news, etc., says Pemra letter. 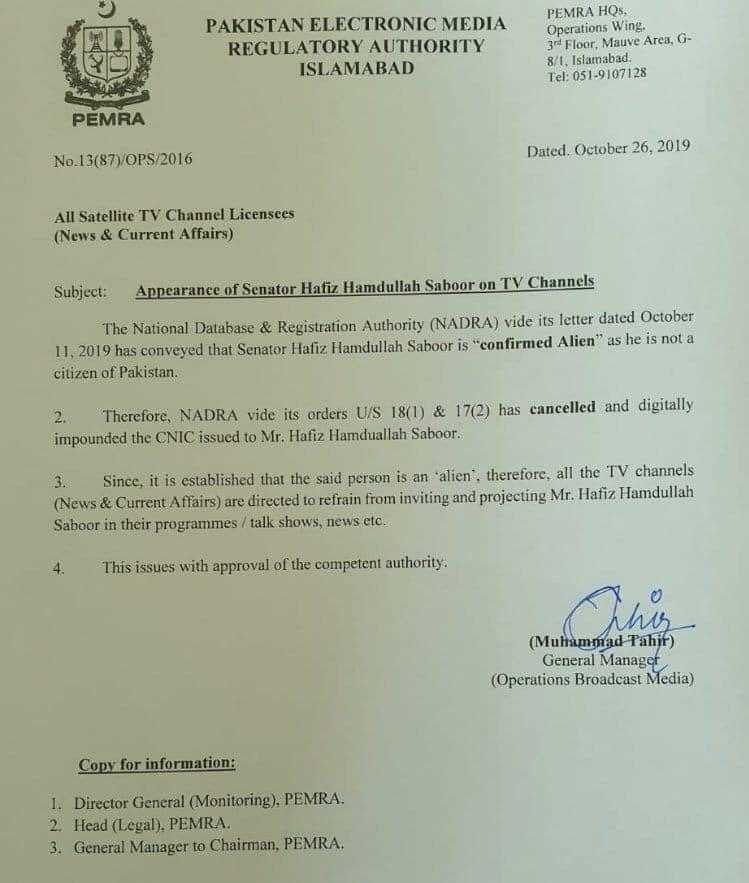 Maulana Hamdullah had been elected as an MPA from Balochistan in the 2002 General Elections on a Muttahida Majlis-e-Amal ticket and served as Provisional Health Minister from 2002 till 2005.

He was elected to the Senate on a general seat as a JUI-F candidate in March 2012. His tenure ended in March last year and used to make frequent appearances at the evening political talk shows on various news channels.