#JusticeForZohraShah: Girl beaten to death by employers in Rawalpindi over setting free their parrots

According to the police, the suspect admitted that he and his wife had beaten Zahra after she let his "expensive pet parrots escape from their cage". 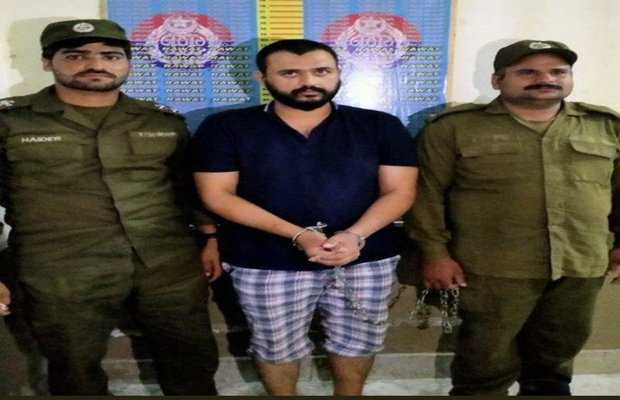 Netizens on Wednesday demand justice an 8-year-old girl was beaten to death by employers in Rawalpindi over setting free their parrots.

According to the police, Zahra, who was a domestic worker at a household in Rawalpindi, was brought to the Begum Akhtar Rukhsana Memorial Hospital on Sunday in an injured state by her employer.

Reportedly, the girl succumbed to her injuries soon after she was brought to the hospital and both her employers were arrested on the same day and an FIR was registered in Rawat police station on behalf of the SHO.

As being reported, her employers were remanded into police custody until June 6.

According to the FIR, the victim was brought to the hospital and was still alive, and she had injuries on her face, hands, below her rib cage and legs.

The FIR was filed under Sections 302 (punishment for qatl-i-amd), 376 (punishment of rape) and 34 (acts done by several persons in furtherance of common intention) of the Pakistan Penal Code

After getting to know the horrific details of the incident, netizens took to social media demanding justice for this barbaric act that took an innocent life and hiring a minor as a house help.

– can we not execute this beast publicly?? if not, then brace yourself for something even worst in the coming days.#JusticeForZohraShah pic.twitter.com/PBxkWQGQm6

Stop employing children! It’s the worst kind of exploitation. It leaves kids vulnerable to abuse. Employ their parents. Support them in going to school. Treat everyone’s children as if they were your own, with kindness & respect. Be a decent human. #JusticeForZohraShah

When you "employ" a minor for your household chores, you expose them to abuse, you exploit their helplessness and susceptibility!

In short you're the demon!#JusticeForZohraShah

When you employ little children, you are not doing them or their parents a favour. If you want to be kind: pay for their schooling, feed them, take care of them, don't employ them, don't control them, don't beat them, don't kill them. #JusticeForZohraShah #EndDomesticChildLabor

Human blood has become so cheap. She was just 7 yrs old & working as domestic help, was beaten to death for freeing a bird. Humanity died! Those who are against death penalty, look at her innocent face, tell me doesnt this dog deserve to be hanged till death? #JusticeForZohraShah pic.twitter.com/QmxqG8ipKx

You employ a 7 YEAR OLD to WORK in YOUR home because YOU can’t be bothered to do your own cleaning. And then you beat that CHILD to death? How demonic is family? Anyone who keeps children as slaves in their house is the same as these monsters. #JusticeForZohraShah pic.twitter.com/eMkWJ6kiT6

A young girl, 8 years old maid was killed by her employer for unknowingly releasing expensive parrots. Shireen Mazari can speak on every matter except what concerns her.#JusticeForZohraShah pic.twitter.com/iGDbWmIofo