Wafa Tauqeer, the constable lady used to make TikTok videos on songs as her hobby 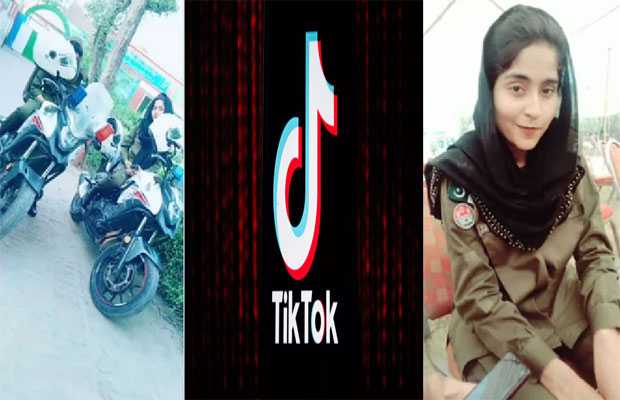 The lady constable, whose TikTok videos over songs went viral on social media, has been fired by the Punjab police on Friday.

Wafa Tauqeer, the constable lady used to make TikTok videos on songs as her hobby which came into the notice of her seniors after one of her videos went viral on the social media.

Seeing the video, a DSP rank officer had ordered an inquiry into her actions and later dismissed her after “accusations” the department leveled against the lady officer were “proven true”.

Meanwhile, the lady constable Tauqeer has accused the Punjab police department saying that she has been treated unjustly and revealed that she did like to make videos but “kept her in phone only”.

Tauqeer went on to say that the videos that were circulating on internet were made eight months ago during training period.

She said that it is unclear whether the videos were leaked or not.