Jair Bolsonaro, the populist Brazilian nationalist president has accused DiCaprio of financially backing the fires that have torched the Amazon rainforest in Brazil. 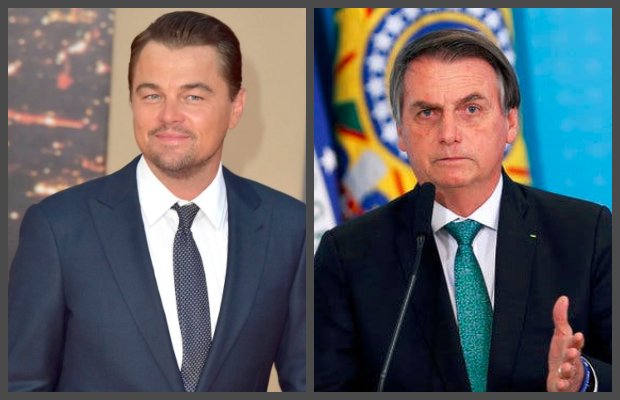 Actor turned environmentalist took to social media responding to bazaar allegations. In an Instagram post, Dicaprio wrote, ‘While worthy of support, we did not fund the organizations targeted. I remain committed to supporting the Brazilian indigenous communities, local governments, scientists, educators and the general public who are working tirelessly to secure the Amazon for the future of all Brazilians.”

He started his post with the remarks saying, “At this time of crisis for the Amazon, I support the people of Brazil working to save their natural and cultural heritage. They are an amazing, moving and humbling example of the commitment and passion needed to save the environment. The future of these irreplaceable ecosystems is at stake and I am proud to stand with the groups protecting them”.

Earlier on Friday, Jair Bolsonaro, the populist Brazilian nationalist president from time to time referred to as the “Trump of the Tropics,” has accused actor Leonardo DiCaprio of financially backing the fires that have torched the Amazon rainforest in that country.

“This Leonardo DiCaprio’s a cool guy, isn’t he? Giving money for the Amazon to be torched”, Brazilian president said to the journalists after his live Facebook broadcast.

“Leonardo DiCaprio, dammit, you’re collaborating with the burning of the Amazon,” Bolsonaro said, he alleged that the actor was part of an international “campaign against Brazil.”

However, the Brazilian president offered no evidence to support his claims in both the statements he gave.