Maria B and her husband Tahir Saeed sent their coronavirus positive servant back to his home putting thousands life at stake!

Pakistan’s top fashion brand owner, Mara B’s husband is reportedly arrested for sending their servant back home who tested positive for coronavirus, instead of putting him in quarantine or getting proper medical treatment.

According to the Lahore police sources, Tahir Saeed, the owner of the popular brand was arrested by the Nishtar colony Police for sending his infected cook away-to his village in Vihari, Punjab, amidst the pandemic.

As being reported, the test for coronavirus of their servant was conducted at a private lab in Lahore, and because of his health conditions, he was sent back home.

Authorities contacted Tahir Saeed in view of data available from the laboratory and were informed that Farooq had gone to his village.

Reportedly, cook Omer Farooq reached Vehari via bus. During his journey back home, he changed two buses and came into contact with hundreds of people.

According to the news source, Punjab health authorities have taken Omar Farooq and have been transferred to an isolation ward after taken into police custody with the help of police.

The investigation has led to the arrested of the owner of Maria B Tahir Saeed.

Meanwhile, Maria B on Tuesday has condemned the raid conducted on her house during which police took away her husband.

In a video message circulating on social media, the fashion mogul has appealed to Prime Minister Imran Khan to take notice of the police’s raid at her house. 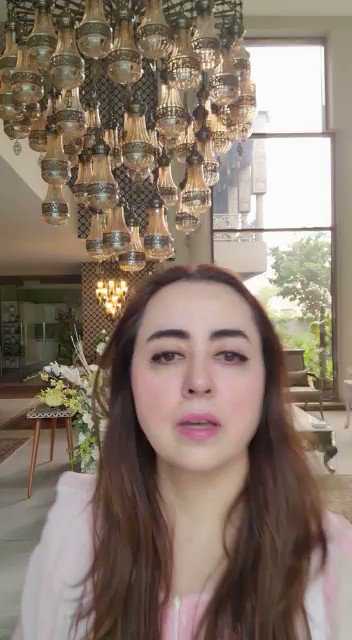 Maria B in her video said, “Last night my house was raided by policemen as if I was the biggest drug mafia don in Lahore, with guns. They took away my husband and they told him that there’s an FIR registered against him and arrested him without a lawyer. They didn’t even wait for the lawyer to come, at 12:30 in the night. Nobody was up, we tried calling so many people but nobody was up.”