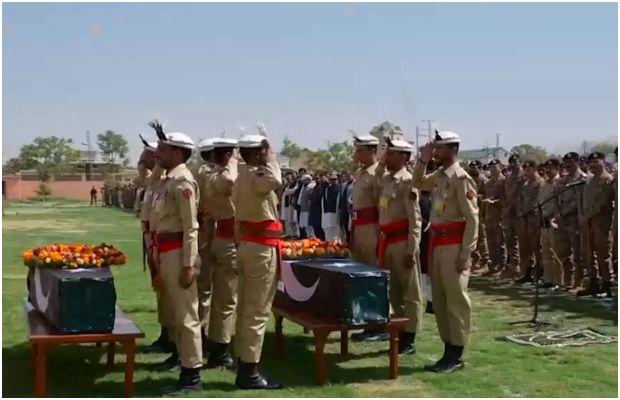 Martyrs of the Pakistan Army Helicopter Crash have been laid to rest.

The funeral prayers of other martyred Pakistan Army soldiers in the helicopter crash were offered in their native towns and participated by the senior military officials, civilians, and relatives. 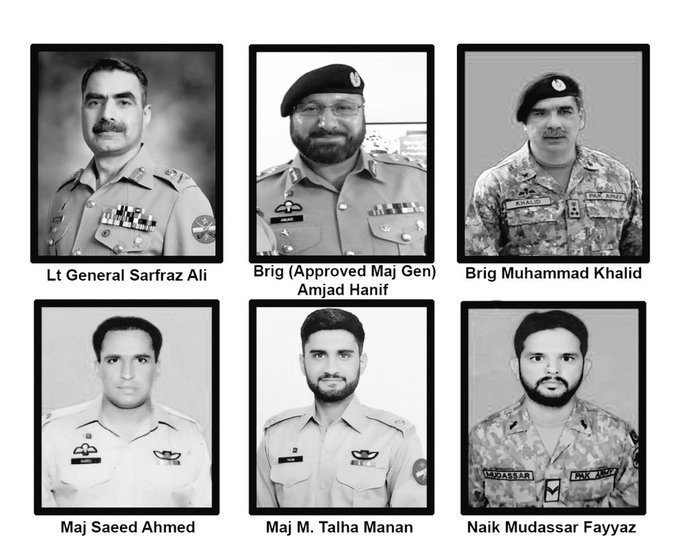 The Namaz e Janaza of Maj Talha who was with Gen Sarfaraz Ali Soomro on board the Mi-17 which crashed near Lasbela was offered at Rawalpindi.  Sahir Shamshad Mirza (10 Corps); Azhar Abbas (CGS); and others were in attendance at the funeral prayer.

The funeral prayers of martyred Major Saeed, the pilot of the Pakistan Army helicopter, were offered in Larkana on late Tuesday night.

The wreckage of the unfortunate helicopter was found in Musa Goth, Windar, Lasbela (district of Balochistan).

The emotional scenes from the funeral prayers are being shared on Social media.

Major Saeed Tuniyo, who was martyred in a #helicopter crash near Lasbela #Balochistan, was laid to rest with official honors at village near Larkana after the funeral prayers.#HelicopterCrash #ISPR #Pakistan#PakistanArmy #LongLivePakistan pic.twitter.com/RxSGrlgj02