Netflix put out a request on Twitter, asking social media users to refrain from the challenge 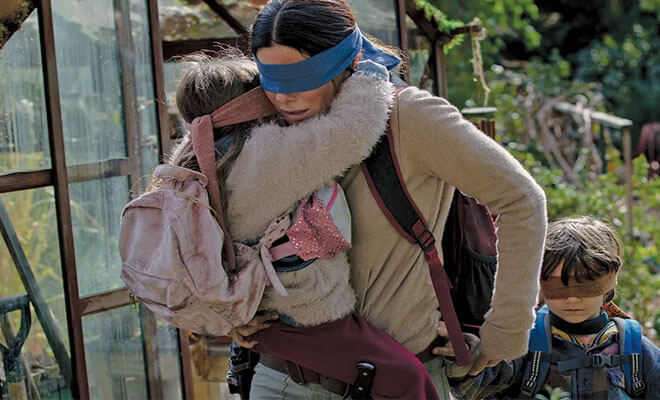 A new challenge named ‘Bird Box Challenge’ has gone viral and people are freaking out for all the wrong reasons. #BirdBoxChallenge in which people blindfolded themselves for an entire day, has become a new public safety hazard.

Netflix, the hosting platform of the film Bird Box, has warned against the risks, with people choosing to perform risky activities, such as driving and chopping vegetable, blindfolded.

Netflix put out a request on Twitter, asking social media users to refrain from the challenge as it posed a high risk of injury.

“Cannot believe I have to say this, but: PLEASE DO NOT HURT YOURSELVES WITH THIS BIRD BOX CHALLENGE. We do not know how this started, and we appreciate the love, but Boy and Girl [names of characters in the movie] have just one wish for 2019 and it is that you not end up in the hospital due to memes.”

The viral #BirdBoxChallenge had netizens go about an entire 24-hour period blindfolded. Some users did it for shorter time periods with more dangerous tasks such as driving. However, most videos were funny takes on people bumping into walls or trying to eat blindfolded.

Bird Box, a psychological horror-thriller starring Sandra Bullock, showed the protagonists blindfolding themselves to avoid capture by monsters that preyed through sight.