The development comes after the announcement of the agenda for this year's Aurat March. 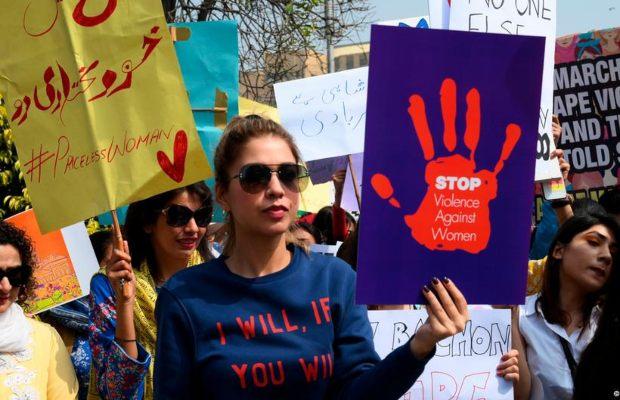 According to the reports, the Federal Minister for religious and minority affairs Noorul Haq Qadri has written a letter to Prime Minister Imran Khan asking to ban the Aurat March held across the country on 8 March.

In the said letter, Minister for Religious Affairs has suggested that the day March 8 be observed as “International Hijaab Day” rather than Aurat March.

Noorul Haq Qadri in his letter stated that no one should be permitted to mock Islamic rituals, values, or the wearing of Hijaab on Women’s Day by organising Aurat March or any other event.

Furthermore, the minister has also forwarded a copy of the letter to President Arif Alvi.

The federal minister’s demand has caused quite an outrage among the citizens including the female senators.

Religious Affairs Minister has written a letter to the PM asking for an “Int’l hijab day” instead of Aurat March on Int’l Women’s Day. How is the right to wear a hijab under threat in Pakistan? Quite the opposite.He can celebrate hijab any day; one doesn’t exclude the other. pic.twitter.com/th8wq4mkZt

Strongly object & condemn the unconditional move to ban the #AuratMarch. The Women of Pakistan have all the right to participate in any activity to voice for their rights, highlight their issues & observe the #InternationalWomenDay @UN_Women @unwomen_pak @ncswpk @BBhuttoZardari pic.twitter.com/PjAxx3EjOE

The development comes after the announcement of the agenda for this year’s Aurat March.

In 2022, Aurat March Lahore seeks to redefine justice on our own terms. We no longer accept a criminal legal system that retraumatises us, can't hold killers like Qandeel's accountable and does little to heal us from violence.#AuratMarch2022#ReimaginingJustice

The anxiety surrounding #AuratMarch grows every year amongst the gatekeepers of patriarchy. This is a testament to the growing strength of the movement. More power to the organisers! ✊🏽

The men who are not supporting the Aurat March are the ones who treat their wives and sisters as slaves.

They know very well that if women get all their rights, they will not be able to release their frustrations on women anymore. #AuratMarch #AuratMarch2022 pic.twitter.com/cYxqA1U4oF