CNIC condition has been deferred for three months. 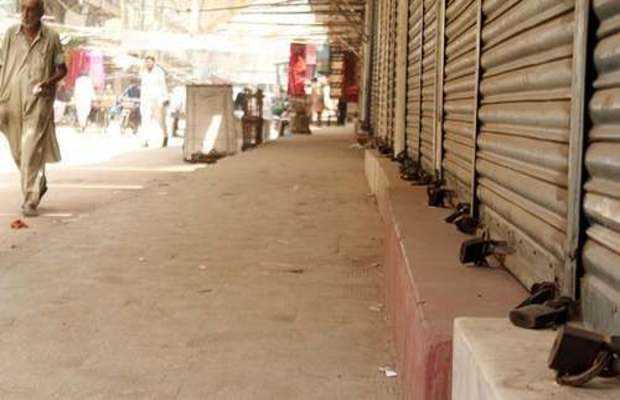 The ongoing strike by Pakistan’s traders has been called off after striking an agreement with the government on Tuesday.

All Pakistan Traders Association President Ajmal Baloch confirmed that the talks with the government went successful. He further added that a special desk would be established at the FBR Office in Islamabad to resolve the problems facing traders.

The government has agreed to defer the new condition requiring them to provide CNICs on transactions over Rs50,000 for three months at least.

After three months, the representatives of the government and traders will sit down to discuss the condition once again.

Furthermore, it has also been decided that the traders with sales of over Rs100 million will pay a turnover tax of 0.5% as opposed to 1.5%. The tax will be even less for small traders. The government has also agreed to print tax returns forms in Urdu for new registrations.

Markets and wholesale merchants across Pakistan observed a strike on Tuesday to protest the IMF-backed taxation measures to document commercial and retail activities in the country.

tweet
Share on FacebookShare on TwitterShare on PinterestShare on Reddit
Saman SiddiquiOctober 30, 2019
the authorSaman Siddiqui
Saman Siddiqui, A freelance journalist with a Master’s Degree in Mass Communication and MS in Peace and Conflict Studies. Associated with the media industry since 2006. Experience in various capacities including Program Host, Researcher, News Producer, Documentary Making, Voice Over, Content Writing Copy Editing, and Blogging, and currently associated with OyeYeah since 2018, working as an Editor.
All posts bySaman Siddiqui