The regulatory authority said August 14, the Independence Day, will be celebrated in “solidarity day with brave Kashmiris”. 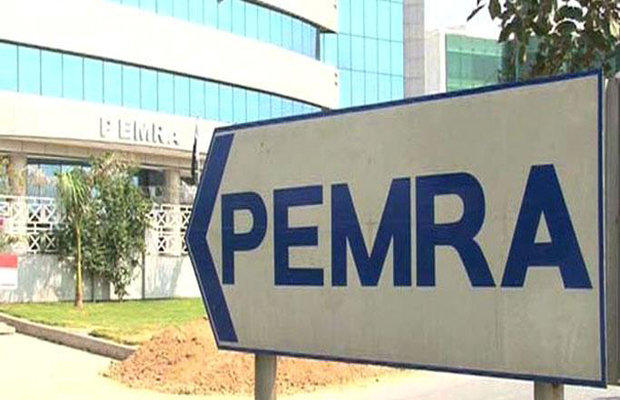 PEMRA has asked media outlets to not to air special programmes on the occasion of Eid-ul-Azha, and on 15 August, to “project two-nation theory, Indian atrocities against Muslims and minorities in India and Indian Occupied J&K”

According to the press release issued by the media regulatory authority, the August 14, the Independence Day, will be celebrated in “solidarity day with brave Kashmiris”.

The press release further says that August 15 will be observed as black day and the national flag will fly at half-mast.

The electronic media regulator has further advised the TV channels to “turn their logos Black & White throughout the day on August 15, 2019” to highlight Indian atrocities in India-administered Kashmir. 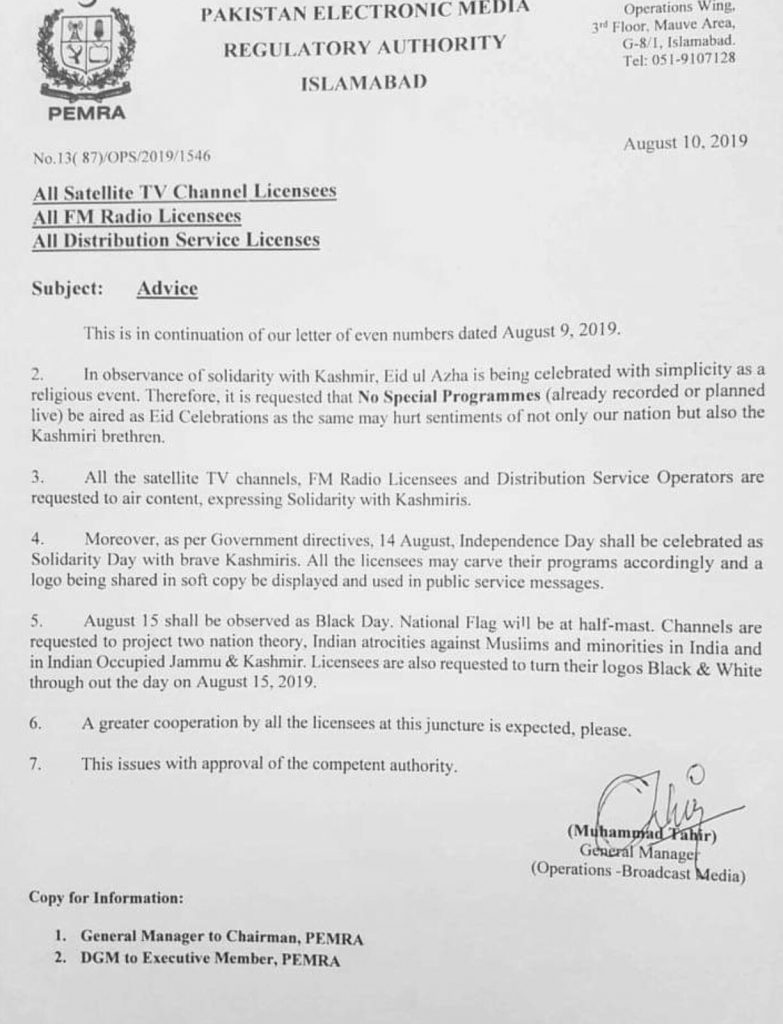 Furthermore, on 8th of Aug PEMRA had directed news channels to not invite any Indian celebrity, politician, journalist, and analysts in their talk show for any kind of “comments” and “analysis”.

The decision comes in solidarity with the Kashmiris in wake of the Indian government’s step of stripping the Indian occupied Kashmir of its special status by revoking Article 370 and 35A. 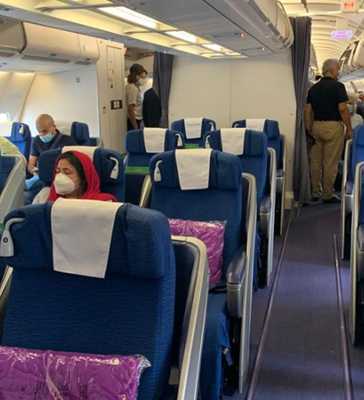