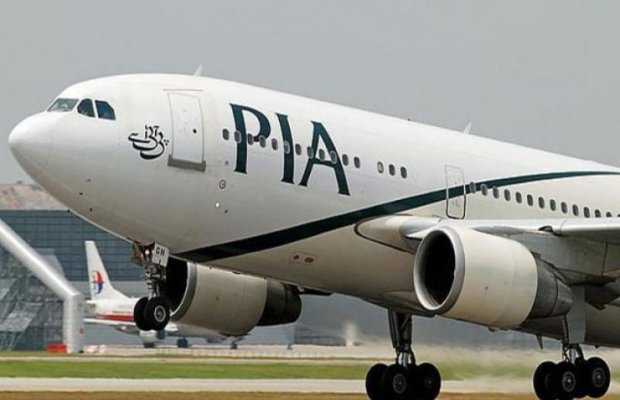 PIA plane was confiscated by Malaysian authorities minutes before departure with passengers on board at the Kuala Lumpur International Airport on Friday.

According to media reports, PIA aircraft Boeing-777 was confiscated over the national carrier of Pakistan’s failure to pay leasing dues to a Vietnamese company, and on the orders of a Malaysian court by the authorities.

A Pakistan International Airlines (PIA) aircraft has been seized in Malaysia as part of a legal dispute between the airline and another party, the national flag carrier said on Friday.

In a statement shared on Twitter, the national airline said: “A PIA aircraft has been held back by a local court in Malaysia taking a one-sided decision pertaining to a legal dispute between PIA and another party pending in a UK court.

“The passengers are being looked after and alternate arrangements for their travel have been finalised,” the statement said.

“It is an unacceptable situation and PIA has engaged support from the government of Pakistan to take up this matter using diplomatic channels,” it added.

tweet
Share on FacebookShare on TwitterShare on PinterestShare on Reddit
Saman SiddiquiJanuary 15, 2021
the authorSaman Siddiqui
Saman Siddiqui, A freelance journalist with a Master’s Degree in Mass Communication and MS in Peace and Conflict Studies. Associated with the media industry since 2006. Experience in various capacities including Program Host, Researcher, News Producer, Documentary Making, Voice Over, Content Writing Copy Editing, and Blogging, and currently associated with OyeYeah since 2018, working as an Editor.
All posts bySaman Siddiqui