He called on Zuckerberg to realise that the message of hate "must be banned in total". 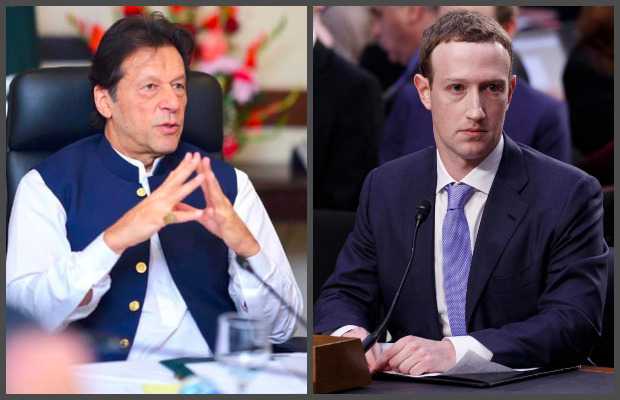 Prime Minister Imran Khan has written a letter to Facebook CEO Mark Zuckerberg seeking a ban on Islamophobic content on the site, on Sunday.

The development comes after Facebook’s recent announcement that it was updating its hate speech policy to ban any content that denied or distorted the Holocaust.

In the letter, PM Imran Khan said that “growing Islamophobia” is encouraging extremism and violence across the world — especially through social media platforms such as Facebook.

My letter to CEO Facebook Mark Zuckerberg to ban Islamophobia just as Facebook has banned questioning or criticising the holocaust. pic.twitter.com/mCMnz9kxcj

“I am writing to draw your attention to the growing Islamophobia that is encouraging hate, extremism and violence across the world and especially through the use of social media platforms including Facebook,” PM says at the begining of the letter.

The prime minister added that he appreciates Zuckerberg’s step to “rightly ban any posting that criticises or questions the Holocaust, which was the culmination of the Nazi pogrom of the Jews in Germany and across Europe”.

“Unfortunately, in some states, Muslims are being denied their citizenship rights and their democratic personal choices from dress to worship,” he added.

“In India, anti-Muslim laws and measures such as CAA and NRC as well as targeted killings of Muslims and blaming Muslims for coronavirus are reflective of the abominable phenomenon of Islamophobia,” it added.

Highlighting the current situation in France,PM Imran stressed that Islam has been wrongly associated with terrorism and unfortunately, publication of blasphemous cartoons targeting Islam and the Holy Prophet (PBUH) has been allowed.

“This will lead to further polarisation and marginalisation of Muslims in France. How will the French distinguish between radical extremist Muslim citizens and the mainstream Muslim citizenry of Islam?” he questioned, in the letter.

The prime minister also reminded the Facebook CEO how “marginalisation inevitably leads to extremism – something the world does not need”.

“Given the rampant abuse and vilification of Muslims on social media platforms, I would ask you to place a similar ban on Islamophobia and hate against Islam for Facebook that you have put in place for the Holocaust,” he wrote.

He maintained Zuckerberg to realise that the message of hate “must be banned in total”.

“One cannot send a message that while hate messages against some are unacceptable, these are acceptable against others,” PM added.

“This in itself is reflective of prejudice and bias that will encourage further radicalisation,” the letter concluded.

tweet
Share on FacebookShare on TwitterShare on PinterestShare on Reddit
Saman SiddiquiOctober 26, 2020
the authorSaman Siddiqui
Saman Siddiqui, A freelance journalist with a Master’s Degree in Mass Communication and MS in Peace and Conflict Studies. Associated with the media industry since 2006. Experience in various capacities including Program Host, Researcher, News Producer, Documentary Making, Voice Over, Content Writing Copy Editing, and Blogging, and currently associated with OyeYeah since 2018, working as an Editor.
All posts bySaman Siddiqui