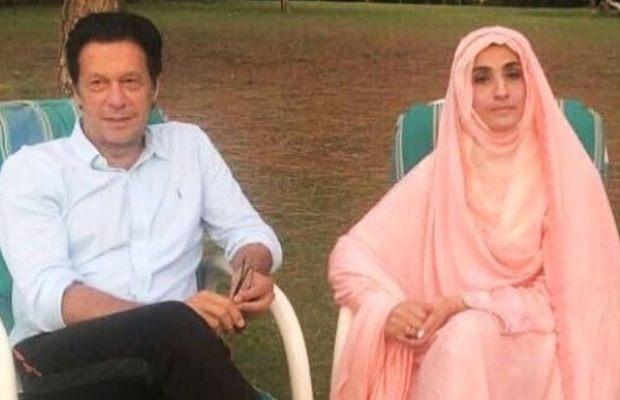 It all started when a journalist claimed that Bushra Bibi had “gotten into a fight with PM Imran Khan” and had left Bani Gala for Lahore and is staying at her friend, Farah Khan’s house.

Reacting to the fake romours, several PTI leaders came forward not just rubbishing such claims but also warned of strict action to be taken against those responsible for spreading fake news.

It is assured that Bushra Bibi and Prime Minister Imran Khan are currently in Islamabad and that the rumours of their separation are completely baseless.

Senator Faisal Javed has demanded an inquiry against those involved in propaganda and spreading rumors against the family of Prime Minister Imran Khan.

Speaking on a point of order in the Senate on Monday, he called for strict action against those involved in yellow journalism and such cheap acts.

“Such things are against the country and those involved in such acts are in fact enemies of the state,” he added.

“Corrupt elements were involved in such propaganda against the prime minister, who was a fair person and had never been involved in corruption,” he added.

Special Assistant to the Prime Minister on Political Communication Shahbaz Gill in a statement earlier on Sunday notified that the government has approached the country’s courts against a journalist who issued insulting and fabricated statements about First Lady Bushra Bibi.

The SAPM warned of strict legal action to be taken against those who spread false news about the first lady.

Bushra Bibi’s friend Farah Khan has also refuted “rumours” that the first lady was staying with her in Lahore after fighting with PM.

In the latest development, the Federal Investigation Agency (FIA) has taken action against the people uploading inappropriate material against PM Imran Khan, the first lady, and the federal government ministers on social media.

FIA has taken five trolls into custody after a large-scale crackdown initiated in different cities of Punjab on Tuesday.