Imran Khan, for the five years under review, has filed submissions that were grossly inaccurate and wrong: ECP 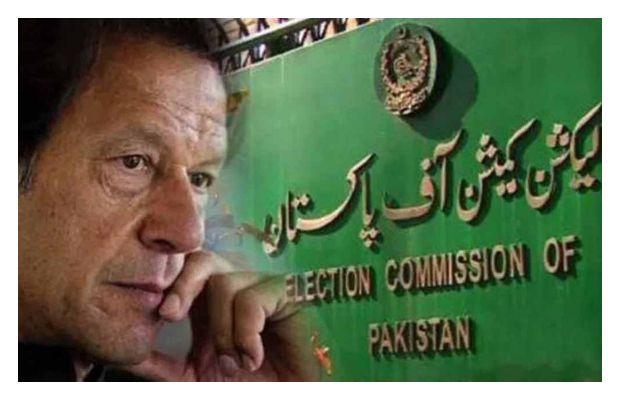 After 8 years, the Election Commission ECP on Tuesday announced the decision of the Foreign Prohibited Funding Case.

Unknown accounts have also come to light, said the commission in its verdict, adding that hiding accounts, is a “violation” of Article 17 of the Constitution.

“The party knowingly and willfully received funding from Wootton Cricket Limited, operated by business tycoon Arif Naqvi. The party was a willing recipient of prohibited money of $2,121,500,” said the copy of the verdict.

“The party also received donations through PTI Canada Corporation and PTI UK Public Limited Company,” it said, adding “From both the companies, the amounts received into its accounts of PTI Pakistan are hit by prohibition and in violation of Pakistani laws.”

“Imran Khan, for the five years under review, has filed submissions that were grossly inaccurate and wrong. Even during the course of scrutiny and hearing by this commission, the PTI continued to conceal and withhold complete and full disclosure of [the] source of its funds,” it said.