His resignation comes after having a meeting with Chief Minister Punjab Usman Buzdar. 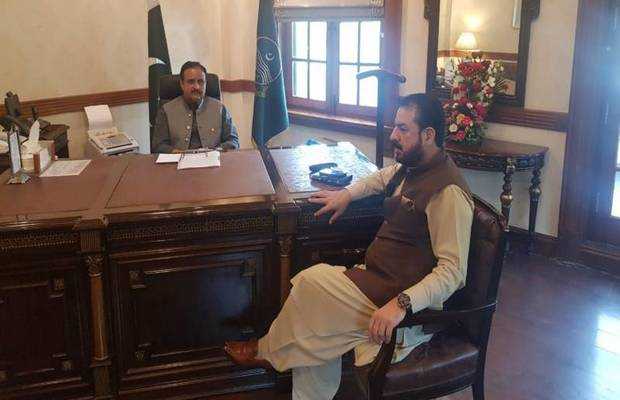 Punjab Food Minister Samiullah Chaudhry has resigned on Monday over alleged inaction on reforms regarding the food industry.

Calling the allegations baseless, the provincial minister said that he is voluntarily stepping back

His resignation comes after having a meeting with Chief Minister Punjab Usman Buzdar.

The provincial food minister in the resignation letter said that he faced an allegation that he could not bring reforms in the department, adding that until the clearance of accusations he would not hold any government office.

“I am willing to sacrifice thousands of such ministries for completing the agenda of Imran Khan,” he wrote.

The letter further states that the minister is willing to present himself for accountability at every forum.

This development comes a day  after  Federal Investigation Agency released the inquirey report, which claimed that top PTI members were among those who gained from the recent sugar crisis in the country.

tweet
Share on FacebookShare on TwitterShare on PinterestShare on Reddit
Saman SiddiquiApril 6, 2020
the authorSaman Siddiqui
Saman Siddiqui, A freelance journalist with a Master’s Degree in Mass Communication and MS in Peace and Conflict Studies. Associated with the media industry since 2006. Experience in various capacities including Program Host, Researcher, News Producer, Documentary Making, Voice Over, Content Writing Copy Editing, and Blogging, and currently associated with OyeYeah since 2018, working as an Editor.
All posts bySaman Siddiqui