Pakistanis condemned the court's ruling after Waseem was pardoned by family 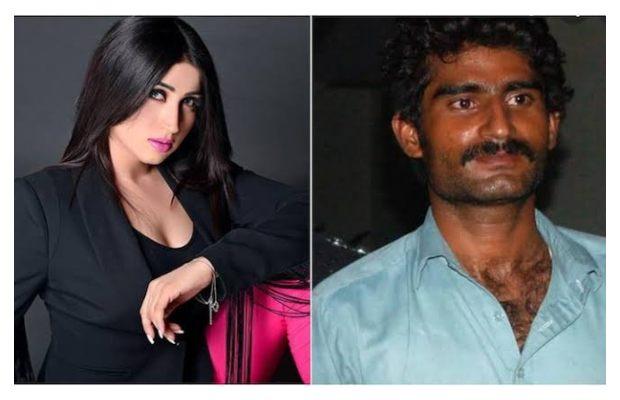 Qandeel Baloch’s brother Waseem has been acquitted by the court in the murder case, leaving the country in shock.

According to the details, the Lahore High Court (LHC) on Monday acquitted the prime suspect and brother of model Qandeel Baloch in her murder case.

The LHC also abolished the life imprisonment awarded to him by a sessions court.

The life imprisonment sentence of the accused was cancelled by LHC’s Multan bench after witnesses deviated from their statements in the trial court and Qandeel’s mother submitted a reconciliation agreement stipulating parental pardon.

Activist and lawyer Nighat Dad in a tweet said, “This man who confessed to killing Qandeel, his own sister, is a free man today in the same country where Qandeel couldn’t live her life freely and was honour killed for the choices she made as a free citizen of this country.”

This man who confessed of killing Qandeel, his own sister, is a free man today in the same country where Qandeel couldn’t live her life freely & was honor killed for the choices she made as a free citizen of this country. #qandeelbaloch #honourkilling pic.twitter.com/MJy5fjPpZq

Following the development, reactions are pouring in on social media. Pakistanis condemned the court’s ruling after Waseem was pardoned by family!

So #QandeelBaloch killed in cold blood.
Her father, who tried to pursue Justice above and beyond his means.. passed away.
Her murderer, her brother, alive and roaming free once again.

We’re living in opposite world.

Qandeel Baloch's brother who killed her for honour is acquitted by a Multan court today after the parents forgave their son.

Shame on those who loved to consume #QandeelBaloch's content but also justified her murder. Taking hypocrisy to the next level!#HonourKillings #Pakistan pic.twitter.com/c3ptvfurli

Cant wrap my head around the acquittal in #Qandeelbaloch case. In light of the Anti honor killing Act 2016,which was passed in the aftermath of her murder, has been used to acquit her killer. Ironic eh.

New precedent of exploiting yet another loophole in the existing law.

It may seem responsible or irresponsible but Pakistani courts & legal system is either too lengthy takes whole life or its too easy for culprits, predators, rapists, murderers to get out clean & victims only wasting their precious time to prove & fail #QandeelBaloch #NoorMukadam

Waseem proudly confessed to killing his sister #QandeelBaloch for “honour”.
Waseem has been acquitted by Lahore High Court.
What message does this give to men & women in Pakistan?

Men can kill with impunity.
Women aren’t safe even in their own homes; & the law won’t protect them pic.twitter.com/LH2BPG8r5R