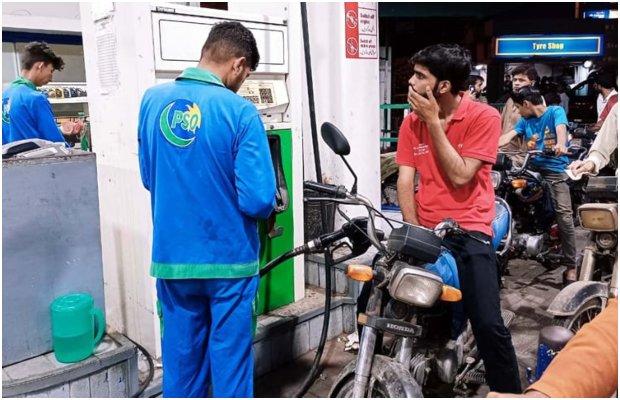 After a delay of six days, the government finally on Wednesday notified revised prices of petroleum products!

According to the notification, by the Finance Division, the price of petrol has been increased from Rs235.98 to Rs237.43 with a raise of Rs1.45 per liter.

While the price of High-Speed Diesel (HSD) has been kept unchanged at Rs247.43.

The price of Kerosene oil has been slashed to Rs8.30 per liter, after which, it will be sold for Rs202.02 per liter.

Prices of petroleum products have been revised. pic.twitter.com/bfqBMnPyIi

According to the news source, Oil and Gas Regulatory Authority (OGRA) had not proposed reducing the prices of petrol and diesel in its summary sent to the finance division.

tweet
Share on FacebookShare on TwitterShare on PinterestShare on Reddit
Saman SiddiquiSeptember 21, 2022
the authorSaman Siddiqui
Saman Siddiqui, A freelance journalist with a Master’s Degree in Mass Communication and MS in Peace and Conflict Studies. Associated with the media industry since 2006. Experience in various capacities including Program Host, Researcher, News Producer, Documentary Making, Voice Over, Content Writing Copy Editing, and Blogging, and currently associated with OyeYeah since 2018, working as an Editor.
All posts bySaman Siddiqui