A five-member SC larger bench headed by the Chief Justice of Pakistan Umar Ata Bandial is to hear the case today.

“The journalist community in the country and the public at large are deeply distressed and concerned about the death of the senior journalist and are seeking the court’s scrutiny of the matter,” said the SC in a statement announcing the suo motu action. 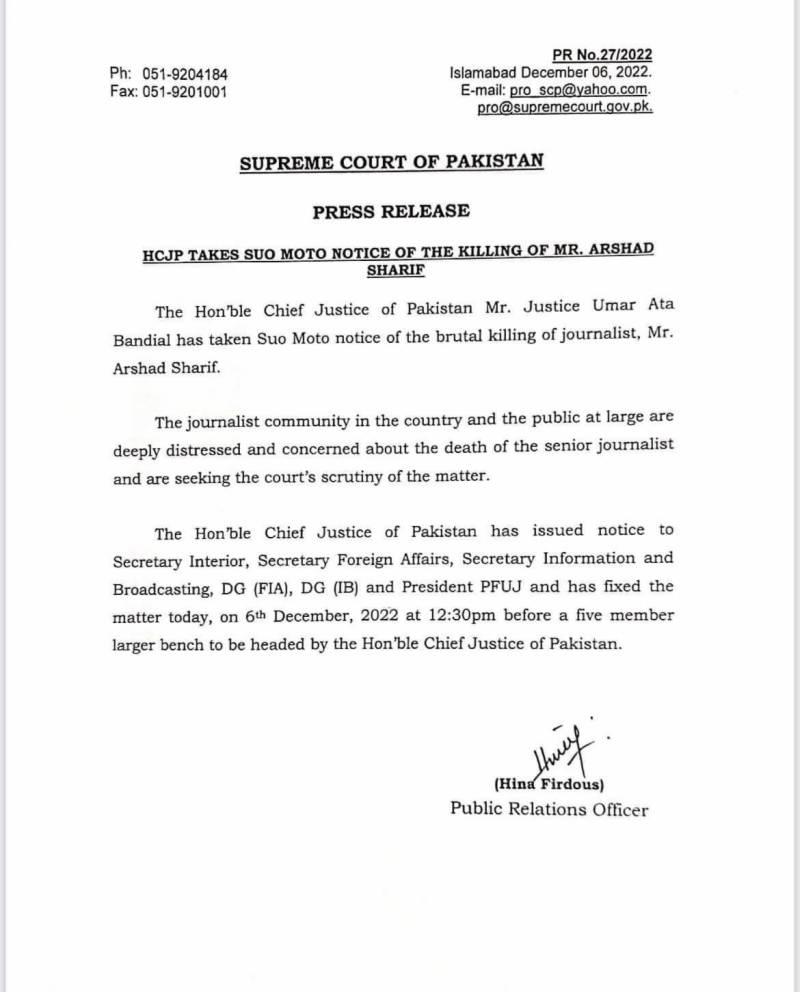 Senior journalist Arshad Sharif was shot dead in a mistaken identity case, according to the Kenyan police on Oct 23.