At least three children were among six civilians killed in US drone attack. 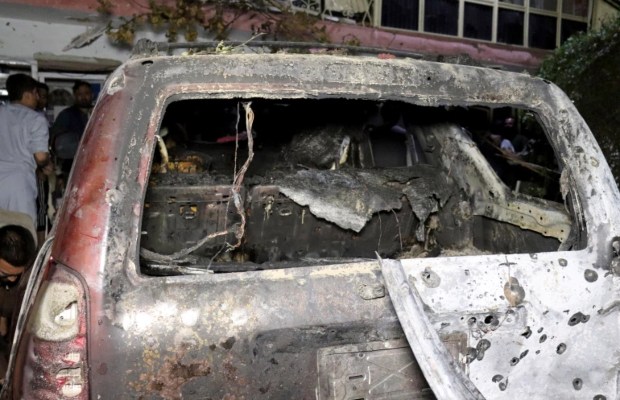 Several rockets were fired at Kabul airport on Monday morning that resulted in the US military activating missile defense to repel the attack.

As many as five rockets were fired at Kabul airport on Monday local time, a US official said.

Eyewitnesses said the rockets were launched from a car and were aimed towards the airport on Monday morning.

According to witness a US drone attack that destroyed a car laden with explosives near the Kabul international airport.

An explosion was reported in the west of Kabul airport, the alleged area of a US drone attack.

At least three children were among six civilians were killed in the drone attack.

The United States’s Central Command (CENTCOM) in a statement said that it was aware of reports of civilian casualties following the drone attack, which it said hit multiple suicide bombers who were preparing to attack the ongoing evacuations at the Kabul airport.