NAB officials took him into custody from the court premises. 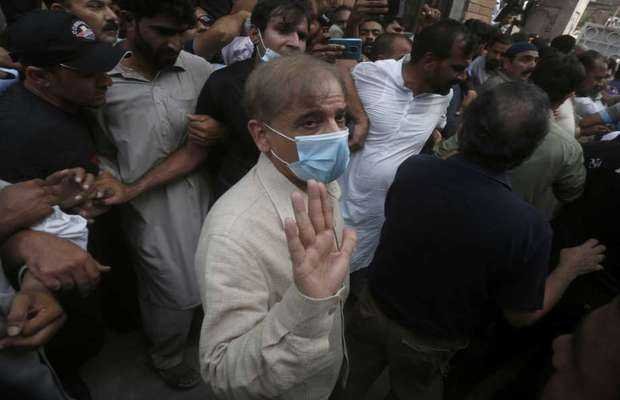 Shehbaz Sharif PML-N President was arrested by the National Accountability Bureau (NAB) on Lahore on Monday after his bail was rejected by the court in the money-laundering case.

NAB officials took the leader of the opposition into custody from the court premises.

The arrest was made as the bail petition filed by the PML-N president in the asset beyond means and the money-laundering case was rejected by the Lahore High Court and canceled his interim bail.

Reacting to the news of his arrest, PML-N Vice President Maryam Nawaz in a tweet said that Shehbaz was “arrested ONLY because he REFUSED to play in the hands of those who wanted to use him against his brother”.

“He preferred standing behind prison bars than to stand against his brother,” she added. “You will not be able to save your false and fake mandate even by arresting Shehbaz Sharif.

“Whatever decisions were made by the Shehbaz Sharif-led PML-N delegation at the APC, every PML-N worker will remain steadfast on these promises”.

“This revengeful accountability cannot discourage Nawaz Sharif and his allies. The time is not far when this government and those who brought it into power are held accountable by the nation,” she added.