Governor Sindh Kamran Khan Tessori has been blessed with a baby boy on Wednesday.

Tessori break the news of the arrival of his bundle of joy in a tweet.

Tessori probably has become the first governor of Sindh who became a father while holding the office.

A photo of Governor Sindh Tessori holding his new born baby in his arms is now doing rounds on social media. 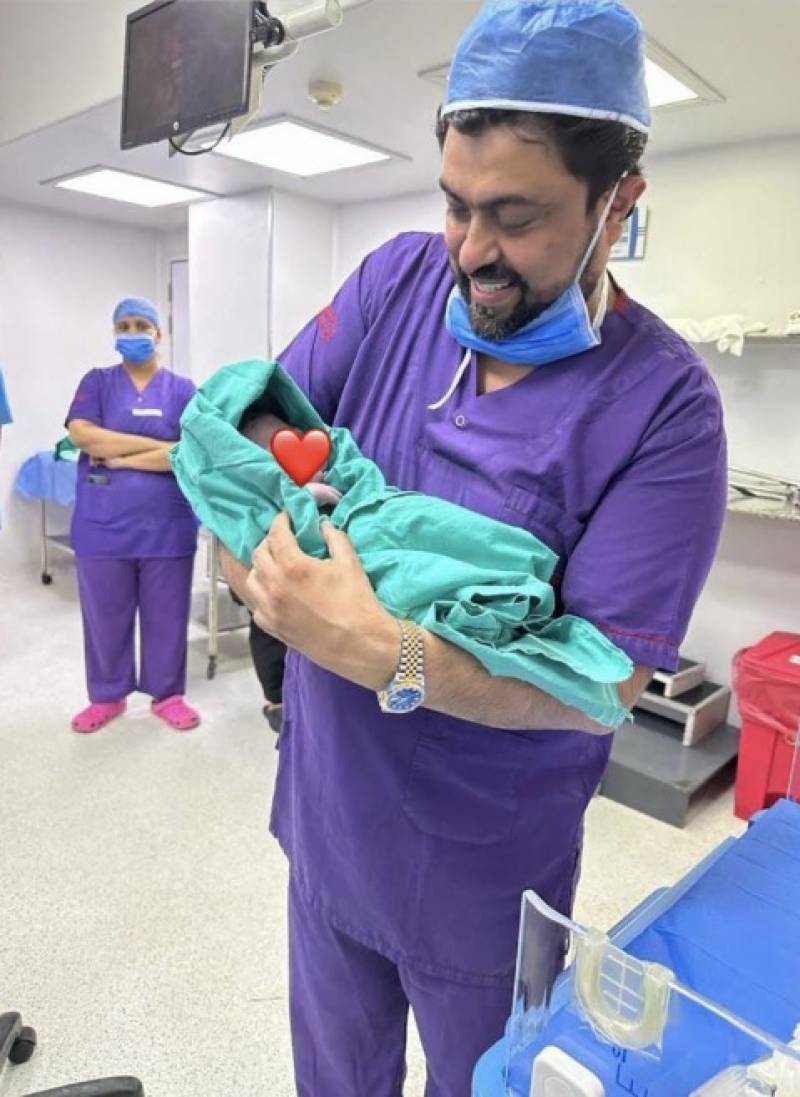 Kamran Tessori of the Muttahida Qaumi Movement (MQM) was sworn in as the Sindh governor on Oct 11.

“President Dr. Arif Alvi has approved the appointment of Muhammad Kamran Khan Tessori as the Governor of Sindh. The President gave this approval under Article 101-1 of the Constitution,” the President House said in a Twitter post.

A gold trader by profession, Tessori started his political career from the platform of Pakistan Muslim League Functional (PML-F) before joining the Muttahida Qaumi Movement Pakistan (MQM-P) in 2017.