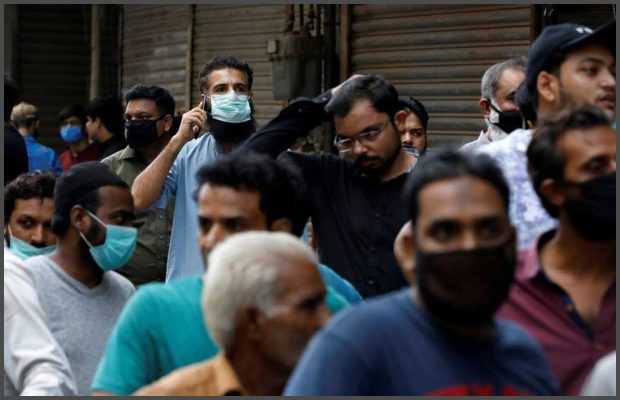 Sindh has witnessed a huge spike in positivity rate in COVID-19 as it jumps over seven percent in the province, Sindh government spokesperson Murtaza Wahab said on Saturday.

He has urged people to cooperate with the authorities in following coronavirus precautionary measures and said, He said during the first wave of pandemic, the rate was 2.5 pc and it remained stable as masses were following SOPs strictly.

Murtaza Wahab has called for assuring a balance between business and precautionary measures to fight the virus.

The daily statement issued from the Chief Minister House on Friday confirmed four more deaths due to the virus, taking the overall fatality toll to 2,722.

According to the statement, a total of 10,614 samples were tested in the last 24 hours, against which 822 cases were detected, which returned a positivity rate of 7.7 percent.

tweet
Share on FacebookShare on TwitterShare on PinterestShare on Reddit
Saman SiddiquiNovember 14, 2020
the authorSaman Siddiqui
Saman Siddiqui, A freelance journalist with a Master’s Degree in Mass Communication and MS in Peace and Conflict Studies. Associated with the media industry since 2006. Experience in various capacities including Program Host, Researcher, News Producer, Documentary Making, Voice Over, Content Writing Copy Editing, and Blogging, and currently associated with OyeYeah since 2018, working as an Editor.
All posts bySaman Siddiqui