A historic storm wreaked havoc throughout the US on Friday, with tornadoes hitting five states. 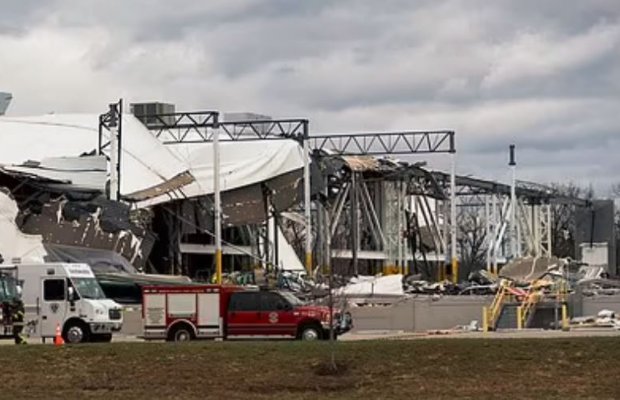 Six Amazon workers were killed after the Illinois tornado destroyed the warehouse!

Following the devastating tornadoes, the six dead persons were identified as the Amazon workers at the warehouse.

Satellite images captured the extent of destruction after a historic tornado hit an Amazon warehouse in Edwardsville, Illinois.

As being reported, a series of twisters roared through the warehouse near St. Louis, ripping off its roof and causing 11-inch thick concrete walls longer than football fields to collapse. As being reported, the National Weather Service teams were assessing damage Saturday in St. Charles and St. Louis counties in Missouri and Madison, Bond, and Fayette counties in Illinois.

More than 30 tornadoes have been reported, with a stretch of more than 250 miles, in at least six US states, including Missouri, Tennessee, and Mississippi.

At least 94 dead across six states, with the death toll feared to rise, the signs of destruction can be seen stretching in the path of tornadoes.

As being reported, Tornadoes or strong winds collapsed an occupied candle factory in Kentucky, an Amazon warehouse in western Illinois, and a nursing home in Arkansas, killing people in each community and leaving responders scrambling to rescue others.

Many took to social media sharing videos and photos showing the destruction caused by the tornadoes in various areas.