According to police theft occured on Saturday night, Dec 4 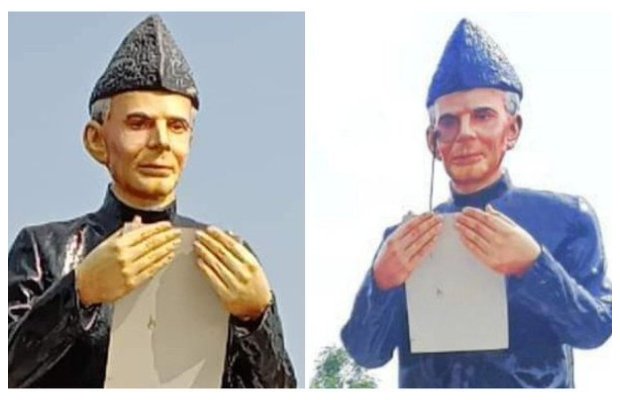 Even Quaid e Azam’s statue is not safe in Naya Pakistan!

Spectacles were stolen from the statue of Quaid-e-Azam Muhammad Ali Jinnah in Vehari, Punjab, it emerges on Sunday.

According to the district administration, unknown thieves stole spectacle from the statue of Quaid-e-Azam was installed in the Deputy Commissioner’s Complex.


According to the Police, the incident took place on Saturday night, Dec 4.

The search for the burglars is underway as the Police seek assistance with the CCTV footage from the cameras installed in the deputy commissioner’s office.

It may be recalled that hockey and ball were also stolen from the statue of Olympian Samiullah at Hospital Chowk in Bahawalpur a few weeks ago.