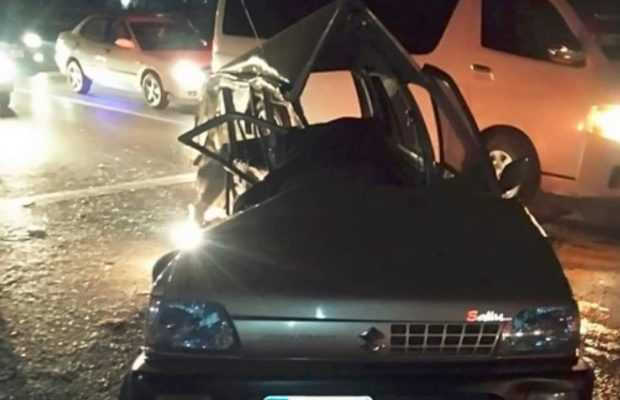 A case is reportedly registered against the son of Federal Ombudsperson for Harassment of Women Kashmala Tariq, Azlan Khan in the wake of the Srinagar Highway car accident on Monday night.

At least four people were killed and two others injured in a head-on collision on the Srinagar Highway in the federal capital Islamabad.

A case of a traffic accident at G-11 was registered against the complaint of a citizen injured in the incident.

The police have confirmed that the former MNA’s protocol vehicles broke the sector G-11 traffic signal and collided with two vehicles, killing four people and injuring two others.

The registered FIR said that four friends were killed in the accident. A white jeep collided with a jeep, killing four youths and injuring a motorcyclist. The deceased had come from Mansehra to take the ANF test. 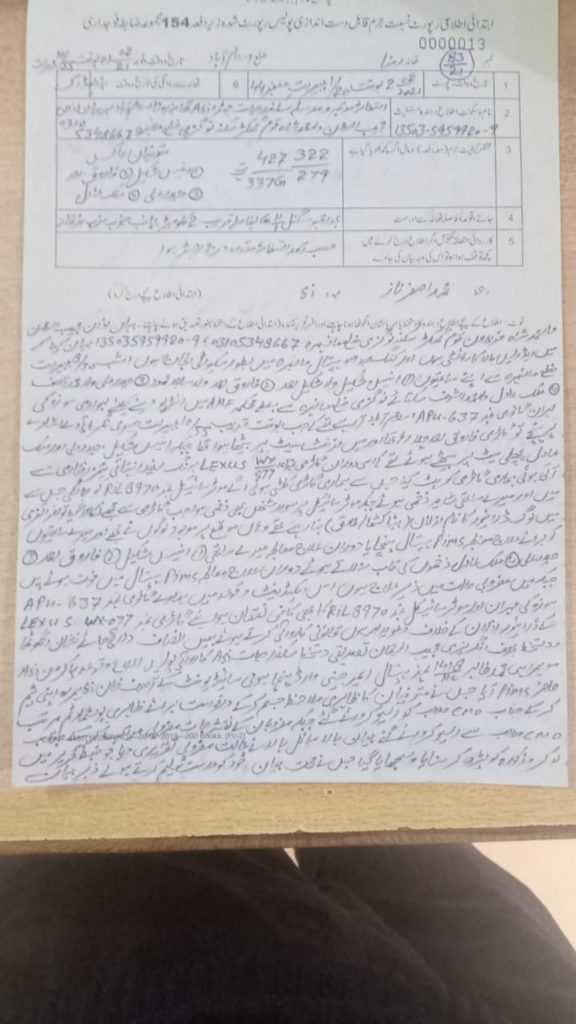 According to the police, Tariq’s protocol vehicles broke a signal in sector G-11 and crashed into a motorcycle and car, killing four people and injuring two others.

As per the sources, Kashmala Tariq’s husband Waqas Khan and son were sitting in one of the vehicles.

Her husband was reportedly detained, while her son and others flee the scene.

Police have arrested the driver of the vehicle, while efforts are being made to contact their heirs of the three deceased who belonged to Mansehra.

The dead were identified as Anis, Haider, Faisal, and Farooq. The two injured people were shifted to PIMS.

Reportedly, people at the scene apprehended the driver and handed him over to the police.