Taliban, Afghan gov’t in talks on peaceful transfer of power 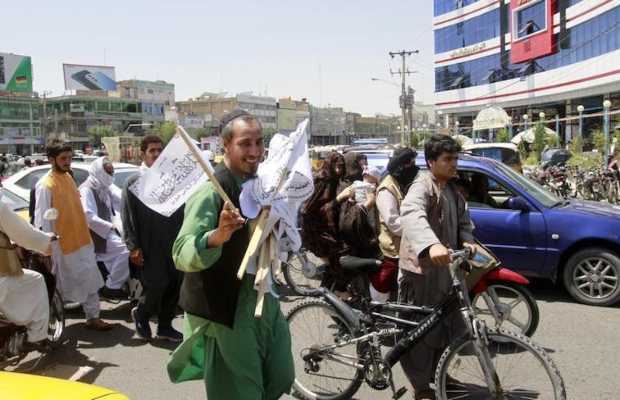 Taliban after the capture of Mazar-i-Sharif a day earlier have entered the outskirts of Afghanistan’s capital Kabul on Sunday morning.

As being reported the Taliban negotiators headed to the presidential palace on Sunday to discuss the transfer.

The Taliban’s international media spokesperson, Suhail Shaheen, confirmed to Al Jazeera that the group will remain on standby on the outskirts of the city while transition talks take place.

By the time of filing this story, a report emerges that Taliban negotiators and Afghanistan officials have reached an agreement for a peaceful transfer of power.

Ali Ahmad Jalali will be the new head of the interim Afghanistan government.

Afghanistan will have a “peaceful transfer of power” to a “transitional government” led by the Taliban, acting Afghan Interior Minister Abdul Sattar Mirzakwal said in a statement on Sunday.

In a video message, broadcast on local news outlet Tolo TV, Mirzakwal said: “The Afghan people should not worry… There will be no attack on the city and there will be a peaceful transfer of power.”

#Afghanistan’s interior minister @mirzakwal_satar releases video message saying #Kabul is not under attack nor will it be attacked and urged people not to pay attention to propaganda. He said a peaceful power transition will take place in Kabul under an agreement. pic.twitter.com/tUxyLjTI7d

A tweet from the Afghan Presidential palace account said that the firing had been heard at a number of points around Kabul but that security forces, in coordination with international partners, had control of the city.

Earlier in the day, the Taliban took control of the key eastern Afghanistan city of Jalalabad without a fight on leaving the territory controlled by the crumbling government to little more than the capital Kabul.

The capture of Jalalabad followed the Taliban’s seizure of the northern city of Mazar-i-Sharif late on Saturday.

The city has fallen to the Taliban without any major resistance.

“There are no clashes taking place right now in Jalalabad because the governor has surrendered to the Taliban,” a Jalalabad-based Afghan official told Reuters.

“Allowing passage to the Taliban was the only way to save civilian lives.”