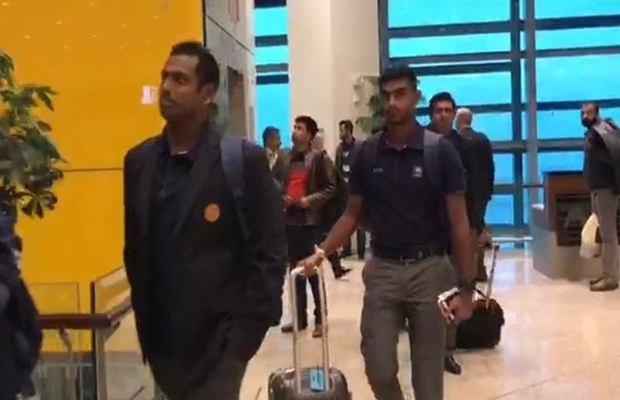 Best news of the day for Pakistan and cricket fans is that Test Cricket returns to the country after more than a decade, as the Test squad of the Sri Lankan cricket team arrives at Islamabad International Airport on Monday morning ahead of a two-match Test series between the national teams of Pakistan and Sri Lanka.

The first Test of the series will start in Rawalpindi from Wednesday.

The Test series will kick off from December 11, with the first Test to be played in Rawalpindi.

The second Test is scheduled to be played in Karachi from December 19.

The Test format of international cricket has been absent from Pakistan since an attack on the Sri Lankan cricket team bus in Lahore back in 2009. The unfortunate incident also resulted in injuries to several touring players.

tweet
Share on FacebookShare on TwitterShare on PinterestShare on Reddit
Saman SiddiquiDecember 9, 2019
the authorSaman Siddiqui
Saman Siddiqui, A freelance journalist with a Master’s Degree in Mass Communication and MS in Peace and Conflict Studies. Associated with the media industry since 2006. Experience in various capacities including Program Host, Researcher, News Producer, Documentary Making, Voice Over, Content Writing Copy Editing, and Blogging, and currently associated with OyeYeah since 2018, working as an Editor.
All posts bySaman Siddiqui