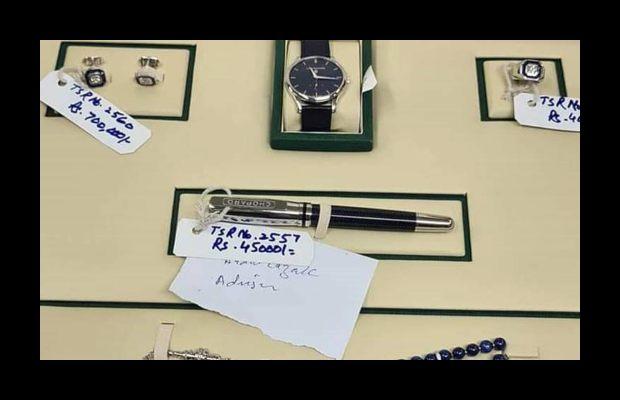 The former Prime Minister of Pakistan Imran Khan and his wife Bushra Bibi retained all the 112 gifts worth Rs142.02 million from the Tosha Khana of the government of Pakistan by paying less than four caror rupees only, a report by Fact Focus investigations reveals.

The details have been revealed by the Fact Focus investigations claiming the former PM and the first lady had retained everything that was gifted to them by different states.

The report referring to Cabinet Divisions documents, claims that Mr. Khan paid a total of Rs38.17 million against the gifts retained worth Rs142.0421 million.

While Imran Khan is alleged of retaining gifts worth Rs800,200 for free.

The investigation report has published a list that features detail about every single item gifted to former PM Imran Khan and his wife.

The listed details of Tosha Khana gifts are as follows: While Imran Khan’s wife Bushra Bibi did not file any return during the said period.

The report reveals that as a matter of fact, Bushra Bibi has never filed a return in her entire life and she only got herself registered with the tax authorities of Pakistan in July 2021.