US President Donald Trump has been moved to a military hospital for treatment on Friday after being diagnosed with COVID-19.

Almost 17 hours after the announcement of being tested positive for the coronavirus, he was moved to Walter Reed National Military Medical Centre in Bethesda, Maryland.

As being reported, Trump walked slowly from the White House to a waiting helicopter. POTUS has seen wearing a mask and business suit, however, he did not speak to reporters. 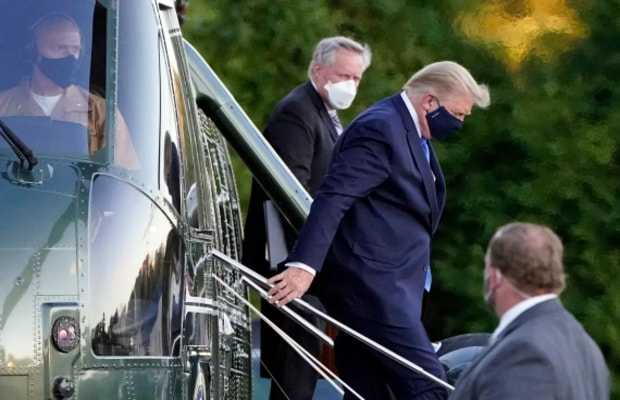 While POTUS’s administration and re-election campaign struggled to adjust to an extraordinary twist in his turbulent presidency, the US president has been sharing his health updates on social media.

“I think I’m doing very well, but we’re going to make sure that things work out,” Trump said in a brief video posted to Twitter.

After moving to the health facility, Trump in a tweet on early Saturday morning shared, “Doctors, Nurses and ALL at the GREAT Walter Reed Medical Center, and others from likewise incredible institutions who have joined them, are AMAZING!!! Tremendous progress has been made over the last 6 months in fighting this PLAGUE. With their help, I am feeling well!”.

However, a source familiar with the President’s health told reporters that the next 48 hours will be critical for President Donald Trump as he fights Covid-19