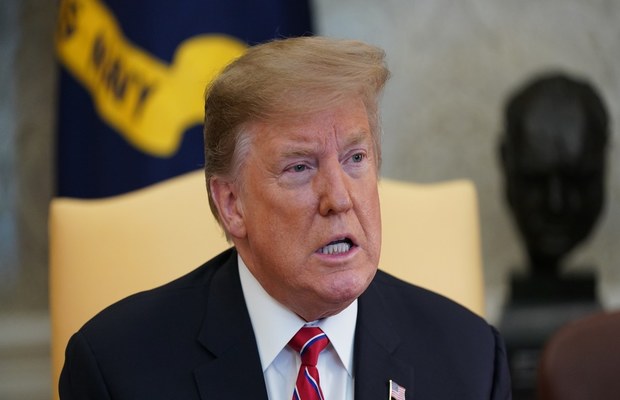 The President of United States, Donald Trump on Friday said that Iranian military commander Qassem Soleimani — who was killed by a US strike — “should have been taken out many years ago.”

Donald Trump took to social media hours after Iranian general was killed in a US strike at an international airport in Baghdad, to say that the Qassem Soleimani should have been killed several years ago.

The killing of the top Iranian general ignited tensions in Iran and Iraq and thousands of people condemn and protesting against the US.

The protestors stepped out on the streets of Tehran and Ayatollah Khomeini promising revenge against Washington.

The Pentagon while issuing a statement justifying the killing of Iranian general said that US President Donald Trump had ordered Soleimani’s “killing” in ‘retaliation’ to a mob earlier this week besieging the US embassy in Baghdad.

Earlier, in his first tweet on the operation at Baghdad’s international airport, Trump wrote that Soleimani “was directly and indirectly responsible for the death of millions of people.”

“Soleimani “was both hated and feared within the country [Iran]” and was plotting to kill more people, Trump further wrote in a series of tweets.

“They are not nearly as saddened as the leaders will let the outside world believe. He should have been taken out many years ago!,” the US president added.

“Soleimani “has killed or badly wounded thousands of Americans over an extended period of time, and was plotting to kill many more…but got caught!” he said.

Amidst the Irarian general’s death, confirmed by both the countries, signifies the escalation between the two rival countries.