The charges were contained in an indictment unsealed in Manhattan federal court. 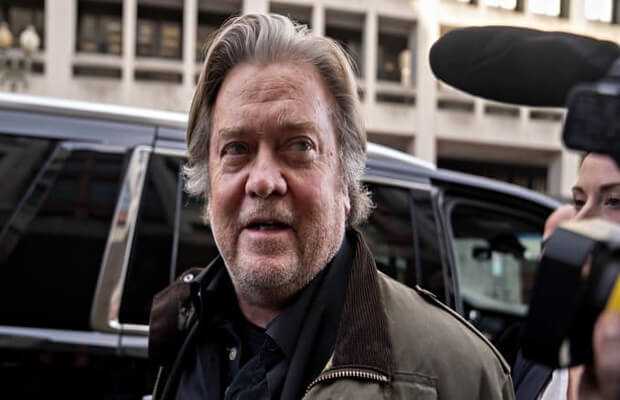 US President Donald Trump’s former advisor Steve Bannon and three others were arrested on Thursday on charges that they ripped off donors to an online fundraising scheme “We Build The Wall.”

As being reported, the charges were contained in an indictment unsealed in Manhattan federal court.

According to federal prosecutors, Bannon and three other men involved in the fundraising project — claiming to collect money to build a wall at the U.S.-Mexico border — defrauded “hundreds of thousands of donors in connection with an online crowdfunding campaign known as ‘We Build the Wall’ that raised more than $25 million.”

According to the indictment against him, Bannon specifically received over $1 million from We Build the Wall, at least some of which he used to cover hundreds of thousands of dollars in personal expenses.

Bannon, a former producer and documentary filmmaker, was executive chairman at Breitbart News Network before Trump hired him to serve as his campaign CEO in August 2016.

Steve Bannon was dismissed from his role as chief strategist at the White House in August 2017.