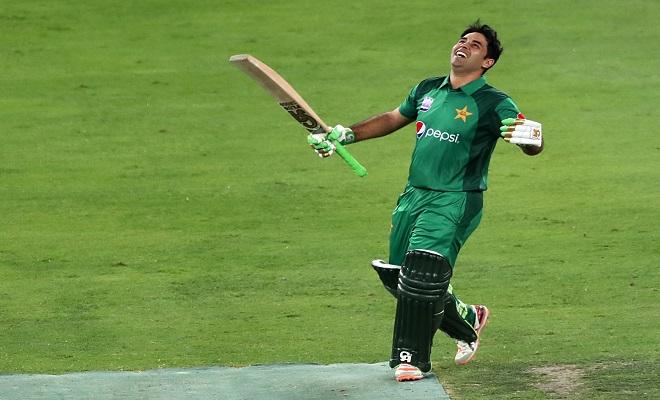 Are you enticed? You see the target, a big one. It’s right in front of you. This should be easy with the new ball, even on a Karachi pitch. A little bit of pace, little nip or even just the angle, he would be dead. What, how did he hit that four? He’ll miss the next one. Nevermind, the one after or …

The rather unorthodox way Abid Ali plants his left foot across and at times in front of his right foot should make batting quite complicated. The ‘kanchi’ as we call it, it a problem for many Pakistani batsmen. Incoming deliveries should be a bane for the opener. Yet, he hit 8 of 10 fours coming towards the leg side. There was the flick, the pull, the clip, and the on-drive. The fine leg to mid-on, area was peppered hard.

The commentators kept asking why the Sri Lankans aren’t learning. Well, maybe it was due to the faulty technique that had the Sri Lankans think that he will miss one. The thing is, he didn’t. The opener was putting out a little bit of trap perhaps unwittingly. And moving his leg quickly away out of the way to sling his bat with appropriate force and direction. Those shots had timing and precision to clear the field. He wasn’t over hitting those balls but directing them to the boundary. It was a combination of nifty footwork and great hand-eye coordination.

Read More : Can Iftikhar Ahmed be the Finisher Pakistan Need so Desperately?

Pakistan’s top three have been effective in the past couple of years. This wicket was quite placid. On pitches that offer some seam or swing, the in dipper is likely to trouble Abid Ali. Nevertheless, you can’t take away the fact that the man has scored runs whenever he has been given a chance. The early domestic career numbers didn’t reflect his actual talent. However, in the past three to four seasons, something clicked. Even up until 2018, Abid Ali’s list A average was in the early 30s. Now it’s a shade under 40. For someone who came on to the scene in 2007, this is a massive jump.

Imam ul Haq is perennially under pressure due to his sir name. But Abid breathing down his neck should only motivate him. On yesterday’s evidence, one could argue that Abid could also potentially replace even Fakhar if it comes to that. For now, the team Pakistan team is lucky to have three decent openers. We have struggled to have one for about 20 years.

As for the opposition bowlers, don’t aim for the pads, that’s just a trap.