Ashleigh Barty joins Serena Williams as the only two active players to have won majors on all three surfaces. 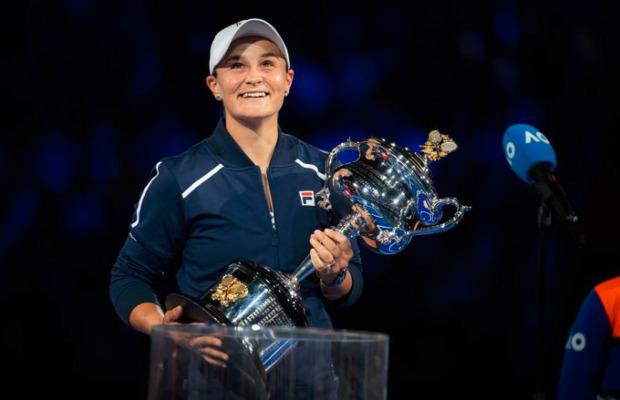 The world number one Ashleigh Barty beat the 27th seeded American Danielle Collins in straight sets  6-3, 7-6 (7/2) to be crowned Australian Open champion in front of an expectant crowd at the Rod Laver Arena on Saturday. 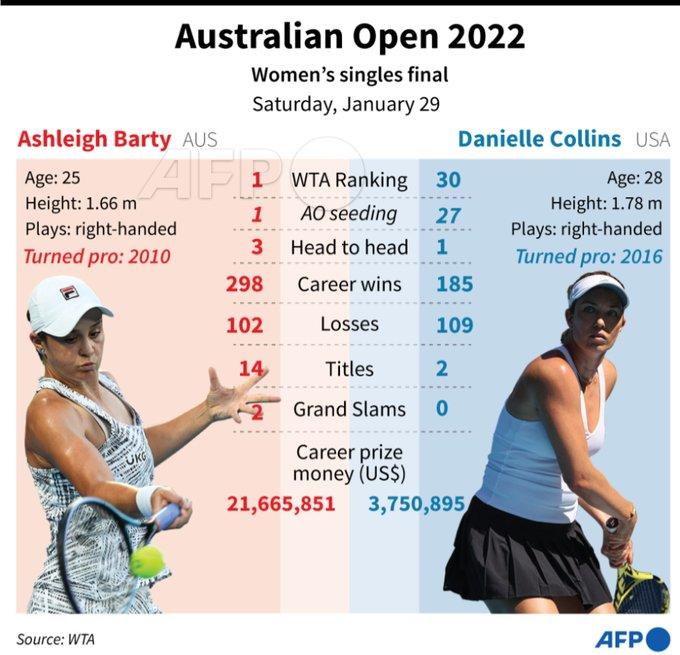 “It’s a dream come true for me and I’m just so proud to be an Aussie,” said Bart following her Aus Open victory.

“As an Aussie, the most important part of this tournament is being able to share it with so many people and you guys in the crowd have been nothing shy of exceptional. You relaxed me and forced me to play my best tennis against a champion like Danielle. I knew I absolutely had to bring that today.

“And congratulations to Danielle, it’s been an amazing fortnight and you’re back in the top 10 where you belong,” she added.

It was a third Grand Slam title for the 25-year-old after her breakthrough French Open success in 2019 and Wimbledon last year.

Ashleigh Barty has joined Serena Williams as the only two active players to have won majors on all three surfaces.

Congratulations are in order for Ashleigh Barty on achieving the historic feat.

🇦🇺 Is local hero Ashleigh Barty only big favourite for the win at @AustralianOpen? pic.twitter.com/ATLKNNtyVh

Ashleigh #Barty won the #AO2022 without dropping a set.

The last woman to do it was Serena Williams in 2017.

In the new millennium, Lindsay Davenport (2000) and Maria Sharapova (2008) have also achieved it. pic.twitter.com/HSn0SGQn32