Pakistan beat India 3-2 in the final 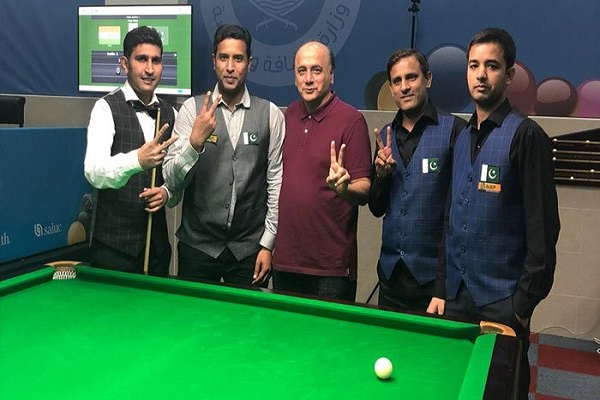 As Pakistan cricket team goes head to head with the Indian side, Pakistani fans can rejoice victory over India in another sport, Snooker.

Pakistan beat India 3-2 in the final to take the Asian Team Snooker Championship home. Cueist Babar Masih played a crucial role in the victory. He was on top of his game throughout the Championship.

In the 1st frame, Pankaj Advani of India could pocket only red balls as Babar played a break of 82 points. The final score was 110-2. In the 2nd game, Malkeet Singh had the better of Mohammad Asif, taking the game by 81-47.

In the team game, after a close contest Pakistani pair won 72-70. Pankaj, came back to beat Mohammad Asif in the 4th frame, taking the final to a 5th and final frame.

Babar, took the final frame easily by the score of 98-18, and with it the Asian Team Snooker Championship.