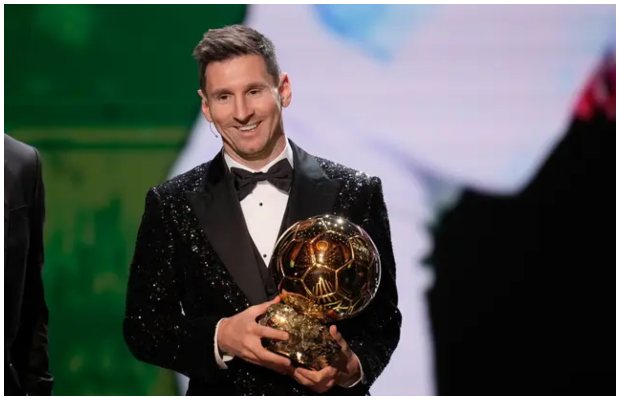 The much-anticipated football event saw the best players in the world crowned at the Theatre du Chatelet in Paris on Monday night.

“I don’t know how many years I have left, but I hope there will still be many because I am having enormous fun,” Messi said.

Messi picked up his seventh Ballon d’Or before praising Lewandowski, who was the favourite to win the 2020 Ballon d’Or however it was cancelled due to the Covid-19 pandemic.

“You deserve your Ballon d’Or,” the Argentine football great added.

“Last year, everyone was in agreement to say that you were the big winner.”

When Luis Suarez gives the #ballondor to Messi! pic.twitter.com/uUHhMgtVfR

2021 was a memorable one for Chelsea and they have been awarded the title for the Club of the Year.

On the other hand, Alexia Putellas has won the women’s Ballon d’Or after a sensational year for Barcelona in which she helped the team to a dominant treble.

The 27-year-old midfielder, captained her side during the 2020-21 season, scored in both cup finals and her calendar year has included 37 goals and 27 assists to date.