After a jittery start to his career, the all-rounder has turned the tables spectacularly 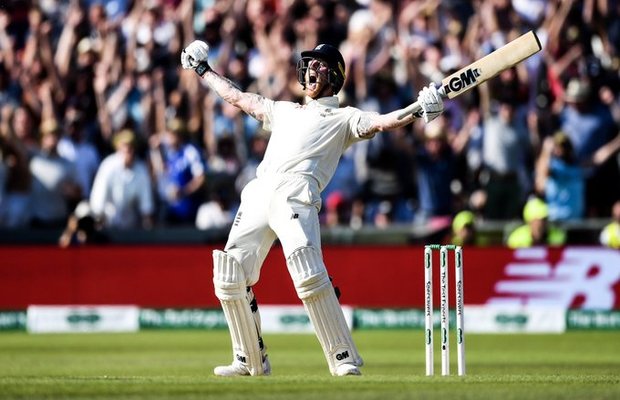 In March 2014, Ben Stokes broke his hand. Not an unusual occurrence for a cricketer you might think. However, the cause of the injury wasn’t normal. It wasn’t an on-field injury. After being bowled for a duck against West Indies, he smashed his hand on a dressing room locker, resulting in a break. About a year earlier, Stokes was sent home from Australia during an England Lions tour. Reason? The team management had lost patience with his late-night drinking. The much-publicized Bristol incident would also come in this category. It was reported he stepped up to stop homophobic abuse.

In these incidents, you see a man child. Someone who can’t control his anger or drinking. Taking law into his own hands, to stop the abuse. You could argue that his heart was in the right place. But his actions made it difficult even for his most devoted fans.

However, after the Bristol incident, something changed. According to Andrew Strauss, who met Ben just after he was taken by the police on that night. And According to many of his teammates who feel that he has taken more responsibility since that incident. In his own words, Stokes doesn’t want to be remembered as the guy who had a fight in the street. Or even perhaps the bowler who conceded four sixes to Carlos Brathwaite in that World T20 final.

He was a supremely talented but self-destructive man, perhaps in the mould of Kabir Singh (from the trailers). Then, began his journey towards change. He became the best number 5 batsman in the world in ODI cricket. He carried the English team in the final of the World Cup under enormous pressure to a tie and helping them again to tie the Super Over. Stokes had handed England the World Cup. They thought that was redemption.

But he had more special the locker (no pun intended). So far Ashes 2019, has largely been about two individuals Steve Smith and Jofra Archer. The mastery the two have shown was hard to top. But who better than Ben Stokes to do it. 1st with a fiery spell of bowling which reined Australia in. That 15 over spell late on the 2nd day, ensured that England wasn’t chasing 400 in the 4th innings.

Then with the bat, he initially showed restraint of a Rahul Dravid just blocking balls, keeping company with the captain. As wickets started to tumble, he took charge. Beast mode was on. Dravid was a distinct memory, now Stokes had become Viv Richards. He toe-ending straight sixes, almost sweeping fast bowler over deep square leg and running two as his life depended on it. Tim Paine kept pushing men back till the 5th ball of the over, hoping that Stokes might mishit one. The left-hander, cleared the ropes 8 times.

When a couple of mishits came, the Australian fielders missed their half chances. Pat Cummins went for a foolish. Subsequently, an LBW appeal was turned down, which would have been overturned had they sent it upstairs. Nathan Lyon also missed a straight forward run out chance at the bowler’s end.

Stokes had such luck in the World Cup final too. Trent Boult stepping on the boundary skirting, after taking his catch, the deflected overthrow, the umpiring error by Kumar Dharmasena and eventually the ICC rule, everything that could have gone Stokes’ way, did. That perhaps comes with the hard work and tenacity of the allrounder. The ability to take responsibility and stay in till the end gives you that luxury to dictate matters. Under pressure, the opposition can buckle. You are making your own luck.

From Kabir Khan, Stokes had become Ganesh Gaitonde from season 1. Because for the past couple of months, usko b kabi kabi lagta hoga k wo ich bhagwan hai.