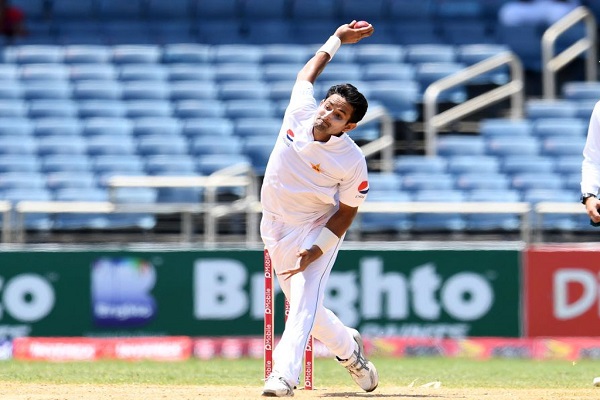 It the UAE, its Australia and wearing pitch of day 3. The inevitable happened. The skill of Mohammad Abbas and Bilal Asif, completely demolished Australia. But it didn’t come about easily. Australian openers, Aaron Finch and Usman Khawaja both had a point to prove for varying reasons. So they dug in. Khawaja with some luck, imposed himself in the game. Pakistan’s most potent weapon Yasir Shah had been offset to a degree. Khawaja was sweeping, and luck was on his side. Wahab Riaz was finding little reverse. So, Pakistan went for the squeeze.

As highlighted by Finch after the day’s play, Pakistan changed their tactical plan especially for the two pacers in the 2nd session. According to Cricviz, in the 1st session around 20.3% of Pakistan’s deliveries were hitting the stumps. In the 2nd session that number rose to 35.1%. It was a marked difference in tact.

While Wahab Riaz was adequate, Mohammad Abbas was immaculate in pursuance of consistency and control. Thanks to Cricviz we know that, to Finch, Abbas bowled 43 ball conceding just 12 runs. To his credit, Sarfraz gave him a field set which encouraged the pacer to ball straight. 55% of Abbas’s delivers would have hit the stumps. The initial breakthrough came about with intelligent captaincy, impeccable bowling and just a little bit of in dip. Asad Shafiq took an excellent catch to set Pakistan on their way.

Abbas continued on his merry way, while at the other end Bilal caused havoc. Suddenly there were demons in the pitch and Australia lost 10 wickets for 60s runs. But the 1st wicket would have most pleased Sarfraz and team management. Their ploy came off perfectly.