The Australian was truly a global ambassador for the sport 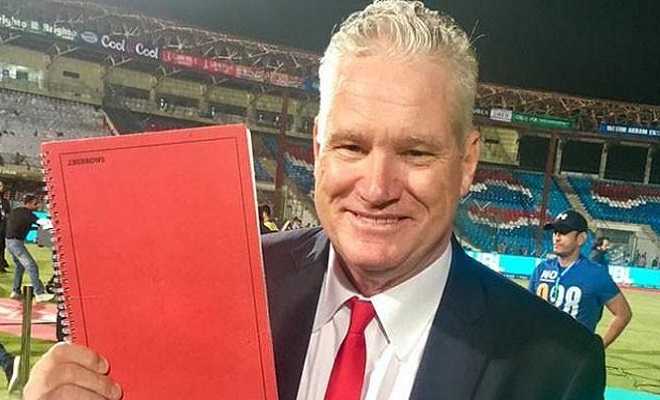 Urdu translation of a line from Camp Candy’s theme song

Well, at least he went away on duty. That is perhaps how Deano would have wanted it to happen, only if a few decades later. Most people would want to be around their immediate family. But for Deano, the global cricket fraternity was his family.

The outpouring of love and admiration from all cricketing nations is a reflection of how much he was adored. And for good reason. Deano as a cricketer was a generational talent. In many ways, he was able to create a new culture of innovation at least in ODI cricket. Having played in between eras where Australia was average for large periods under Allan Border and then they dominated everyone under Steve Waugh/Ricky Ponting, his batting exploits are under-appreciated to some degree. The run-ins with the selectors, the constant need to prove himself, and a hasty retirement drove a wedge b/w him and Australian Cricket’s establishment. A wound that never really healed.

Australia’s loss, however, was international cricket’s gain. So, we saw him making a case for the infamous and in many ways pioneering International Cricket League. Then he was at the forefront of the push to bring back cricket in Pakistan. The next step was a trip that was a milestone in setting up Afghan cricket.

The two titles at Islamabad United and the change in fortunes at Karachi Kings this year are almost a side note. Especially when you see Deano talk about the PSL. Yes, the victories mattered to a proud man. But it was always about producing cricketers for Pakistan. With a wide smile, he would mention how Islamabad United’s emerging players have gone on to play for Pakistan. Given that Pakistan needed a power hitter, he wanted to help Sharjeel Khan get back to his best. That is despite Sharjeel’s fixing fiasco. A lesser man would have held a grudge but not Deano. When he held back tears as he spoke about Asif Ali’s sick daughter or when someone captured him cleaning up the dugout after the match, it showed how much he cared.

The energized good-heartedness of Deano reminded me of the 90s cartoon character Camp Candy. A do-gooder summer camp organiser whose doors were open to one and all. The passion, love, and energy saw Deano set up camps in places where no one else wanted to visit. The camps might not be as fun but it was the inclusivity and level playing field, which reminded me of this character on Deano’s death. In a world increasingly divided by demagogues and nationalistic agenda, here was a Victorian interested in the welfare and development of the global sport.

There will not be another one like you, Deano. Thank you for everything, good sir. I hope you don’t mind me calling you Deano, ledge 🙂