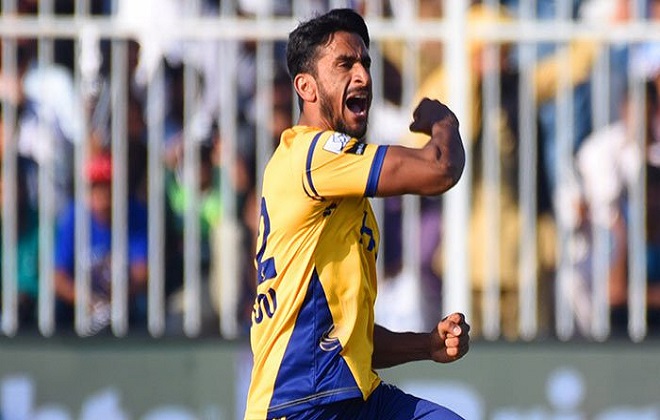 Hasan Ali’s 3rd four wicket haul of the season drove his team to another win. Given the lack of solidity in Peshawar’s middle order, they have needed their bowlers to do a lot of work. And how have they responded. James Vince, coming on the back of a strong showing the BBL and a tremendous knock against the Qalandars was picked up 2nd ball of the match with a beautiful in-ducker. It was the perfect Sharjah length, not full enough for the drive, not short enough for a nudge or a pull. Vince, was stuck in the crease hapless, watching the ball crash into the stumps.

Yet due to inexperience of Sameen Gul and to a lesser degree Umaid Asif, Johnson Charles was able to take the Multan to a position of strength. Darren Sammy oddly didn’t give Liam Dawson a 3rd over even though he had picked up a wicket, giving away just 5 runs in 2 overs. This meant that the launch pad was ready for them to take off. So far in the tournament, Multan Sultan are the team which scores at 10.33 rpo at the death overs, making the 2nd highest among the 6 PSL teams.

But this time around they encountered Hasan Ali. Picking up 3 wickets in the 18th over meant that Multan never really took off. Getting Shoaib Malik, Shahid Afridi and Hammad Azam in 4 balls, Hasan Ali proved his versatility as a bowler. These are not cheap T20 wickets, with batsmen trying to score 20 runs in one over. Hasan has got batsmen out, breaching their defenses. It’s been a beautiful display of fast medium bowling.

Pakistani fans would hope, this form continues till the World Cup.