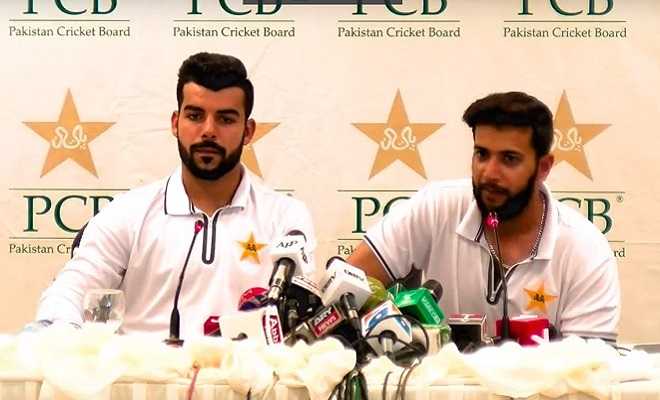 Sports journalists Tim Wigmore and Freddie Wilde recently wrote a book called Cricket 2.0. The purpose of the book was to enlighten the general fan with the discussions taking place in the dressing room with regards to the usage of data in T20 cricket. The fans aren’t aware of this and they see the game differently than how it is being viewed from the dressing room, argued the duo.

But is it not the job of broadcasters to educate the general fan? Commentators are paid good money for the job. Unfortunately, this hasn’t been the case for a while. Commentators keep telling us that something is happening. Rarely do they delve into the whys of it.

Broadcasters like Harsha Bhogle are endangered species when it comes to the world of the commentary box. If you are a big-name cricketer and tell repetitive stories, you can be a commentator. Even when statistical data is fed by analysts, most just parrot it out. Hence, these folks rely on tropes. Any number of Pakistani commentators will tell you stories about Imran Khan and 1992 World Cup. Shane Warne will talk about the potential of early declaration even before the innings has started. Danny Morrison is the Salman Khan of cricket commentary embodying the stereotype of a casual T20 cricket fan.

Hence, we get meaningless parrotted stories and lines in the name of describing the action. My favourite line is ‘leading from the front’ in a Pakistani context. Obviously like most things in Pakistan Cricket’s recent past, it originates from World Cup 1992. Keeping the discussion in focus, let’s see why it has become a buzzword in the past few days yet again.

In focus are Shadab Khan’s fifty against Lahore, Imad Wasim’s knock against Peshawar Zalmi and Sarfaraz Ahmed’s performance in the Pakistan Super League so far.

Do Shadab Khan, Imad Wasim and Sarfaraz Ahmed bat at number 4 because they want to ‘lead from the front’?

If you were really watching the match, the answer is a straight forward and emphatic no.

Imad Wasim came out to bat at four because Peshawar had problems with their 5th and 6th bowlers. One was a rookie leg spinner Mohammad Mohsin and the other Liam Dawson left-arm spinner. Not too hard to decipher that the move was made to take advantage of this perceived weakness. For a left-hander, it was easier to hit the ball towards the leg side arc.

It was a tactical plan, with cricketing merit.

Neither was sending in Shadab Khan at 4 a spur of the moment decision. Mohammad Hafeez had already picked one left-hander in Colin Munro. Dawid Malan was already on the crease and Colin Ingram was listed to bat at four. Shadab’s entry disrupted Lahore’s plans. Hafeez was taken off. This also meant that later Samit Patel bowled to Colin Ingram. That over went for 22 runs. With United’s long batting line up, Ingram took chances. At the beginning of that Samit Patel over, the required run rate was 10.11. When the over finished, despite Ingram’s wicket, the asking rate was down to 8.62. With 8 overs still to go that one over was potentially match-defining. If Hafeez had bowled four overs early, Samit Patel wouldn’t have bowled against Ingram.

Again there were cricketing reasons for this decision.

For Quetta Gladiators Sarfaraz, is batting at 4 simply because he is the team’s batting pivot. There are hitters at the top and below him. He keeps the score ticking and the hitters take their chances. If the top three bat till the around the 10th over, you would see Sarfaraz dropping down the order. Because that is what the situation requires. This isn’t always possible with Pakistan because, besides the inconsistent duo of Mohammad Asif and Fakhar Zaman, there are no “hitters” in the squad.

Sarfaraz batting at four isn’t a response to be being dropped from Pakistan team or leading from the front. Rather, it is the team combination that empowers him to do so.

So when the 2nd wicket goes down in these matches, the cameraman doesn’t go for a close-up, rousing nationalistic music doesn’t start in the background, and Jaya Bachan doesn’t come in with a thali to put a tilak on the batsman’s forehead. None of this is happening.

There are cricketing reasons for these moves. But it is easy to use a trope. It allows you to make heroes (machomen) and villains. A couple of days ago I used it in a tongue in cheek manner to garner appreciation for Shadab Khan. But it’s a simplistic approach and keeps the audience from understanding basic ideas.

Our highly paid commentators need to be better at explaining the game, rather than just stating it. The idea of leading from the front is naïve and largely a time outrightly false.

Yet people are willing to eat it up readily.