Born in 2014, Makkah Salah became the star of Sunday, after netting a goal following Liverpool's 2-0 win over Wolverhampton Wanderers. 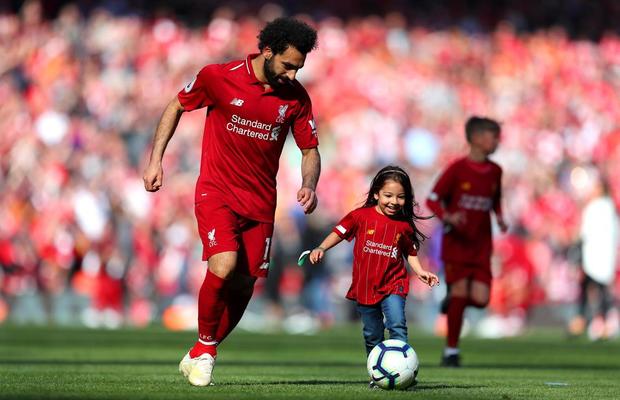 Mohamed Salah carried off the Premier League Golden Boot last night as being the division’s top scorer after Liverpool’s final match of the season.

It was a sheer disappointment for the Liverpool fans as Liverpool misses out on the title to Manchester City, but there was a moment of pure joy at Anfield on Sunday evening.

After the players left the pitch, Makah asked her father to score a goal. She showed skillful ball control and balance – traits of her father she has inherited, she collected a ball and started dribbling towards the goal in front of the famous Kop end.

The biggest cheer at Anfield today was for Mo Salah's daughter. ❤️ pic.twitter.com/ornbBne1Pr

“Yes, I know we have one at home. This is a new one” pic.twitter.com/9q8L7fSOgB

After the match, Mo Salah shared a message on his social media. taking it to twitter, Salah wrote:
“It feels bittersweet now but the season isn’t over. I want to say thank you to my teammates, coaches, and to the fans. And fans, please bring Anfield to Madrid”.

It feels bittersweet now but the season isn’t over. I want to say thank you to my teammates, coaches, and to the fans. And fans, please bring Anfield to Madrid. pic.twitter.com/VaWqs1YKDb 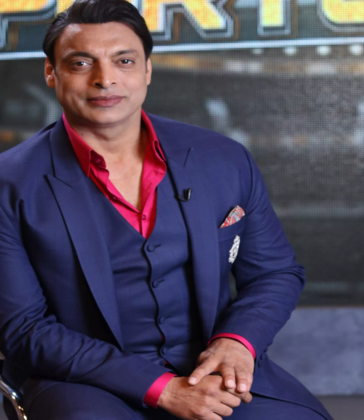 Where are Pakistan’s rockstar pacers at?

The agony of watching a struggling Mohammad Amir