Khushdil Shah smashed 65 to take FATA to their 2nd win 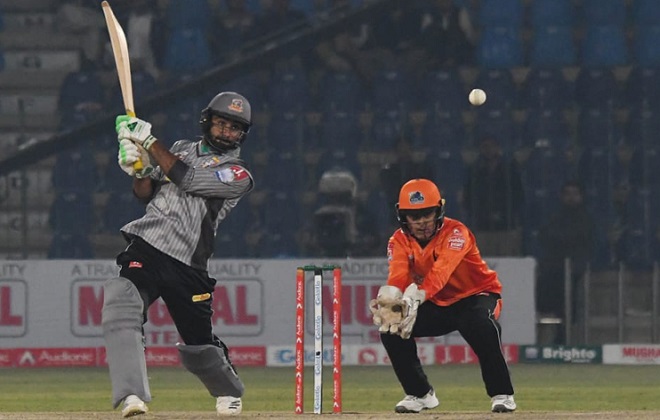 National Twenty20 Cup which is playing in rather obscurity in a cold Multan during working hours, has a little bit of added weight, with PCB allowing inclusion of 21st player for all PSL franchises. Perhaps this was an added incentive for former Peshawar Zalmi batsman Khushdil Shah, when he smashed 65 to take FATA to victory over Rawalpindi. In the other game Peshawar won their match against Islamabad by 3 wickets.

Peshawar just about managed to get over the line off the final ball of the innings thanks to Muhammad Waqas’s belligerent knock. Chasing 135, they were in trouble early as both openers departed quickly. Israrullah, looked in touch scoring 24. Saad Ali, top scored with 43, but the innings that made the difference was certainly played by Mohammad Waqas. Despite 3 wickets from Ahmed Bashir, and a brace for Sohail Khan, Peshawar just

In the 2nd game of the day Rawalpindi lost out to FATA. Batting 1st Rawalpindi were never really in control. While, 6 batsmen reached double figures, none of them could go past 37, which was scored by Sami Aslam. Zahid Mansoor and Khalid Usman, both made vital contributions. Adil Amin picked up three wickets.

In response, FATA eased home with an over to spare owing their win to Khushdil Shah’s brutal batting. Hitting 6 sixes and 2 fours, Shah over powered Rawalpindi’s attack. Pakistan all rounder were pick of the bowler claiming two wickets. However, FATA never looked hurried and were able to reach the score with 6 balls to spare.