England have not beaten Pakistan in a series in a decade 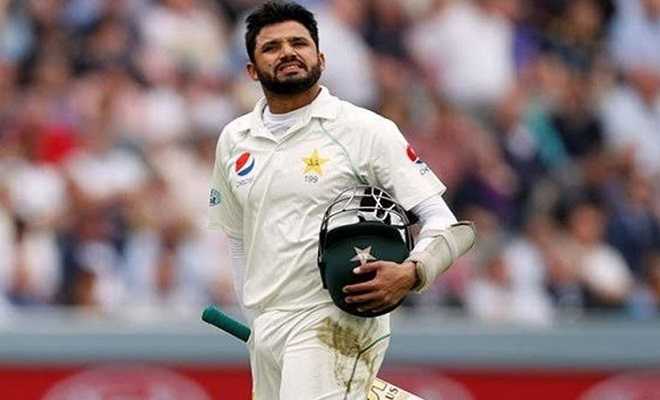 Pakistan Cricket Team is English shores once again. In fact, they have been there for a while. Things aren’t ideal. Yet, we should tip our hats to the ECB for being able to organise this and the West Indies series.

In terms of cricketing matters, Pakistan are defending a proud record. It has been 10 years since Pakistan lost a series to England. They have played a fair few series in that period. Now, heading into their 3rd away series in the 5th years, Azhar Ali and his men would love to do one better and win in England. If that is to happen, there are some key battles which Pakistan would need to win.

Openers vs the English Pace Attack

Since 2018, away team openers in England average 17 (Espncricinfo). Shan Masood has been dismissed by James Anderson 6 times in 57 balls and averages under 3. Abid Ali has had an incredible start to his career. Nonetheless, he is a batsman who would take his chances outside off stump. In England, against high-quality bowlers, this isn’t the wisest idea. If Pakistan have to do well, Shan would have to bury the ghost of his past and Abid would have to fight his natural instincts. Easier said than done.

The sunny days of 2016 seem like a distant memory. The last century he scored was after 13 innings, the one before that 18 innings. The series before he was appointed captain, he had averaged nine. In mid-twenties in the preceding two years. Then came the away series in Australia, where he couldn’t cash on his starts. It was the 2nd innings of the 2nd test against Sri Lanka, where Azhar smashed (in relative terms) a 100, that would have taken the pressure off him. His record in England isn’t the best either with an average of 29. Last season, had a county season with an average of 25.

When Azhar was named captain, he stressed that this was his chance to leave a legacy on the team. Waqar Younus and Misbah ul Haq have been Azhar’s number one supporters. But a failure in his series and things could quickly unravel as they did with Azhar’s ODI tenure.

By the sounds of it, Pakistan are going in with two spinners and three pacers. That would probably mean Rizwan batting at 6 and Shadab Khan 7. The young leggie already has decent innings in England and his PSL form pointed towards a general improvement. However, to do it consistently at number 7 against England’s bowling would be a massive ask. In 2016 tour, Sarfaraz Ahmed chipped in with crucial scores at key points of the series. Mohammad Rizwan, batting at 6 will have to do perhaps a bit more. Low order runs are key in England as the new ball generally results in wickets. Lower middle order could be the engine room for Pakistan. We might see Fawad Alam at 6 in the series too.

With three number 11s in Abbas, Shaheen and Naseem, a lot of responsibility will fall on the number six, Mohammad Rizwan and even Yasir Shah.

Shaheen Shah Afridi, Naseem Shah, and Mohammad Abbas, the find line trio has a huge amount of promise and some experience. But with three back to back tests and Naseem’s injury record Pakistan would perhaps need a backup bowler to come in. In the backup, there are Wahab Riaz, Sohail Khan, Imran Khan, Usman Shinwari, and Faheem Ashraf. The drop off is expected but given the right conditions, any of the aforementioned replacements could be lethal. As per CricViz, bowling average in England jump by three runs, when a bowler delivers at 140 plus on average. Advantage cuddly seamers.

England’s batting isn’t the most menacing, and Pakistan can get to them. It would definitely go to their fitness levels and the amount of time their batsmen give them for a rest.

Pakistan’s recent wins in England have come in the back of playing hard cricket. Runs from Asad Shafiq, Younus Khan and Misbah ul Haq are always result of a lot of labour. In the bowling front as well, it is the relentless leg-spin of Yasir Shah and some medium pacers who did the trick.

But this around, Pakistan bring in two of the most watchable cricketers in the world…Babar Azam and Shaheen Shah. Sounding like characters from a Mughal Era film, these two have improved tremendously in the last couple of years. If Pakistan are to win this series, these two would be somewhere near the series runs or wickets chart.

Babar had taken a liking to Dale Steyn in South Africa and would have another legend in his sights. Shaheen would be focusing on challenging the peculiar techniques of the English openers.

England have a significant advantage having played three test matches in the series, whereas Pakistan comes out of the cold pretty much. That could be the real difference between the two sides. Nonetheless, thankfully Pakistan cricket is back at least on TV.